Rishi Sunak, as a young student joyfully exclaiming that he has no working-class friends. What is wrong with the working class? 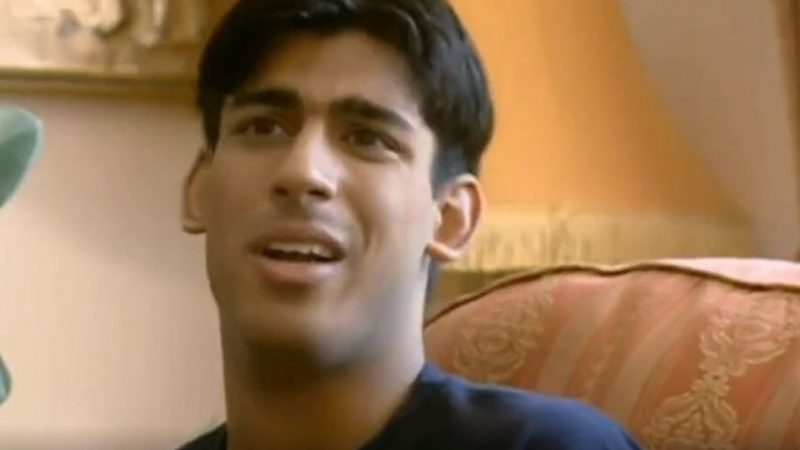 Dawn Butler is the Labour MP for Brent Central

Recently, I’ve been thinking long and hard about the video of our new Prime Minister, Rishi Sunak, as a young student joyfully exclaiming that he has no working-class friends. What is wrong with the working class?

Politics was never my first calling in life, but looking back at my journey, my working class routes shaped my passion for change and the political passion I have today.

My parents, ex-pats from Jamaica came to the United Kingdom in its time of need and settled down in East London. They instilled in me my love of community, taught me that nothing was ever impossible and the importance of helping those less well-off. I would remember their excitement on polling days when they would go together to the polling stations to vote for their Labour candidate because Labour “was the party that invested in the NHS and helped the working class. ”

Our new Prime Minister spoke candidly to Conservative Members, he declared he had taken funding away from deprived communities, because when Labour was in government we, and I quote, “shoved funding into deprived urban areas”. This disgusting, and frankly criminal message, says everything you need to know about a detached Conservative Government, with no grasp of the reality the majority of the country face.

Lower-income areas aren’t deprived because they aren’t working or deserving of funding, it’s because of a catalogue of issues from overcrowding, decades of poor investment in facilities, schools, employment opportunities and more.

My father opened and ran a small family-owned bakery, which now proudly displays a blue plaque on its walls after I was nominated as a local hero. I would help him bake fresh bread at 3 am in the mornings, he put his life and soul into that business. It is never easy running a small business, and they are the bedrock of our communities. It is heart-breaking seeing so many businesses right now struggling with rising costs, Covid loan repayments and a lack of support from the Government, all whilst oil and gas companies continue to reap billions in profits and pay little or no income tax.

Our life experiences inform our politics, and I went straight into work after leaving college, inspired by my IT teacher Mr Taylor, where I became a  computer programmer. It was a male-dominated industry. I was the only woman in the office and experienced sexual harassment on a near-daily basis. So much so that I stopped wearing skirts and wore trousers every day. That’s why as Shadow Minister I campaigned so hard to strengthen workers’ rights, make misogyny a hate crime and called for the enaction of section 14 of the Equality Act, so people can bring forward cases on multiple grounds of discrimination.

If you don’t have working class friends, it will be hard to understand that many people are facing real terms pay cuts whilst employers pay huge dividends and profits. If your only focus is on the profits you will think that everything is fine. Recently, the Institute of Public Policy and Research found that the chances of falling into poverty have doubled for households with two people working full-time. It is clear the system is broken, we need a real living wage of £15 per hour so that households do not have to decide between heating and eating.

Initially, I thought politics wasn’t for me, bearing in mind that at that stage there had only ever been two Black female MPs in Parliament – Dianne Abbott and Oona King.

I’m proud of what I have managed in a short time, the first elected African Caribbean female Minister to speak at the Despatch Box, taken on the Big Six energy companies to call for a fairer deal for those using prepayment meters and the first MP to ask a parliamentary question in sign language, just to name a few. But the fight goes on.

Whatever the government does is a political choice. Rishi Sunak is not the answer people so desperately need. He was fined for breaking Covid regulations, he poses for photos filling up other people’s cars to look more in touch with the regular man, and didn’t know how to use contactless card payments when buying a can of coke.

We need a government that understands all the communities it seeks to serve. Decisions should not be weighted towards the billionaires in society especially when those working for them can’t afford to eat or heat their homes. Rishi is our third Prime Minister since the last General Election, leading without a mandate. We need a General Election now so that Labour can get into Government and put an end to a decade of Conservative cruelty. They are now talking about austerity 2.0. Working classes and middle classes just can’t afford a Conservative government any longer.