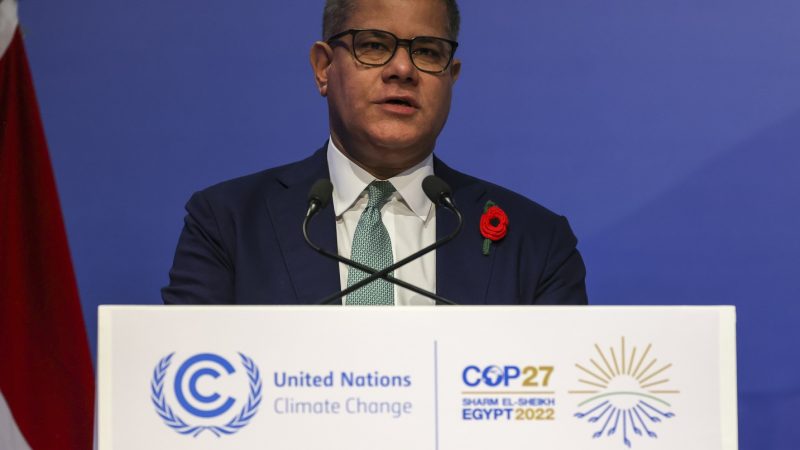 As we reach the final days of COP27 delegates in Sharm El-Sheikh are showing signs of fatigue and the words “cover decision” are echoing down the halls. The last two weeks have been an emotional rollercoaster. In week one hope rang through the venue as climate vulnerable countries secured “loss and damage” onto the agenda. As the draft deal emerges those hopes have been dashed, and disappointed delegates await the final statement.

This was meant to be a COP of implementation, but as the 20-page first draft agreement was published yesterday delegates have been quick to criticise the text.

Yeb Saño, Greenpeace International’s Cop27 head of delegation stated “The Cop27 presidency pushes the pedal to the metal on the highway to climate hell.

“After initially failing to even mention fossil fuels, the draft text is an abdication of responsibility to capture the urgency expressed by many countries to see all oil and gas added to coal for at least a phase down. It is time to end the denial, the fossil fuel age must be brought to a rapid end.”

As rumours fly that COP will continue into the weekend, here are the main issues to watch out for.

Climate vulnerable countries fought to get a new fund called loss and damage on the agenda. This fund would benefit poor countries that are already experiencing the impacts of storms, flooding, droughts and wildfires caused by climate change. Wealthy nations, including the United States, have opposed creating this fund in fear that they could be exposed to limitless liability for their historic contribution to greenhouse gas emissions. On top of this, the World Research Institute has stated that there’s even debate over what counts as “loss and damage” during climate disasters.

For climate vulnerable countries the lack of a commitment to this fund has been a “betrayal”.

Former Irish President Mary Robinson brought clarity to what’s happening in the negotiations when she stated “China and Saudi Arabia – and I’m naming names… are trying to block technical assistance for loss and damage going to the most vulnerable countries,”.

It’s understood that this issue has blocked a fast release of the agreement.

After much speculation, 1.5 has remained in the agreement. There was questioning that this was being negotiated, and some people pointed out that the phrase “every fraction counts” seemed to replace “keep 1.5 alive”. they wondered if this meant that we were committing to a pathway to a two degree future.

1.5 being in the draft text doesn’t take us beyond where we were in Glasgow. Although it’s a win, it isn’t progress. The draft text fails to outline an action plan, which is desperately needed given recent analysis has shown that we are on course for between 2.4C and 2.8C due to the weak action of countries

Phase down vs phase out

The text repeated last year’s pledge to “accelerate measures towards the phase down of unabated coal power” and phase out fossil-fuel subsidies. The term “phase down” rather than “phase out” means that coal is still firmly in our future.

Dutch Green MEP Bas Eickhout, who represented the EU parliament at the summit, said, “We really would like to see steps towards phasing out fossil fuels. We have not come to Sharm el Sheikh to reconfirm Glasgow. We have come here to move further than Glasgow.”

All fossil fuels vs coal

During the last two weeks, India has been pushing for the phasing down of coal to be extended to all oil and gas. This was backed by the US and EU (despite rumours that there had been some disagreement from member states).

Joseph Sikulu, of the Pacific Climate Warriors and 350.org, said: “The cover text released this morning does not represent the call from both the negotiation rooms as well as the civil society for a just, equitable and managed phase-out of all fossil fuels. Anything less than what we achieved in Glasgow will see Cop27 branded a failure by the world.”

With over 600 fossil fuel lobbyists roaming the halls and allegedly sitting in negotiation rooms, some campaigners have questioned where the weaker language has come from.

As the talks continue, it’s clear that there’s a bumpy road ahead. During a press conference yesterday, EU climate chief Frans Timmermans, stated “I think it’s going to be a long and difficult journey. The text still needs a tremendous amount of work. We are not in a position to say that this is enough common ground that we could agree upon.”