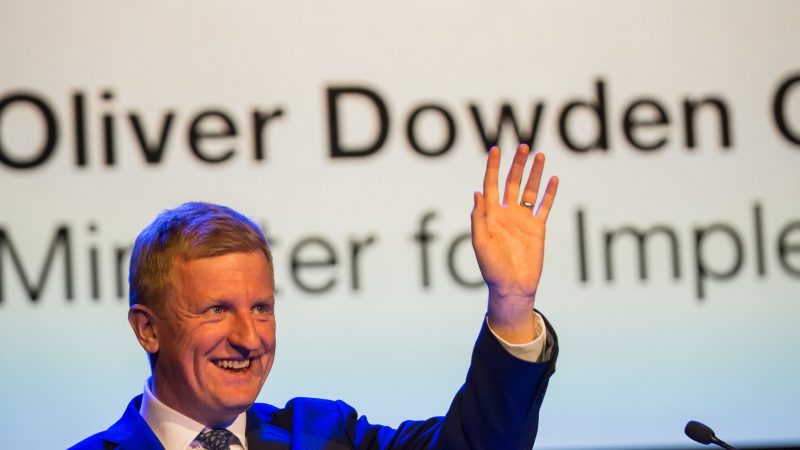 Culture warrior and Tory party chairman Oliver Dowden made another one of his impressive rhetorical contributions last weekend at the party’s Spring Conference.

“As I walk with my children through the calm suburbia of Hertfordshire, its values so derided by the left, I actually reflect on the great fortune we have to live in a nation defined by stability, security… and, yes, Conservatism.

It seems to me that there’s some interesting psychology going on here. The privet hedges of suburbia here are not just these literal hedges that mark the boundary of someone’s land ownership, putting up a shield of privacy and control around their sacred and inviolable property rights.

There’s more contained in this image. A bourgeois sense of security, of the family values of middle aged homeowners who have moved out of the chaotic city to commuter towns. If I want to be more uncharitable, it’s a very white image of Britain, a psychogeographic boundary between urban and rural life, and maybe between a nostalgic set of values and a progressive one.

It’s a simpler time, where you didn’t have to worry about how much gas your SUV guzzled, where you could go golfing with the other middle managers in your job for life. A time when people knew how many genders there were and how great the Empire had been.

Dowden has already elaborated on what he considers Conservative values to be, in a speech he gave to the right wing Heritage Foundation in Washington DC recently. He described these values to be “for limited government, for free markets, and for individual responsibility.”

Dowden told the Conservative conference that he was proud “that Conservatives, like so many Britons up and down the country, are playing their part to support the people of Ukraine in their hour of need.” He then referenced the tens of thousands of Ugandan Asians who had settled in the UK 50 years ago “under a Conservative government”.

Rose-tinted hindsight glasses firmly in place, Dowden failed to mention that the Tory government in 1972 “launched a secret search to find a suitable island to settle thousands of British Asians living in East Africa to avoid “an intolerable repetition of the recent influx” of Ugandan Asians”, according to The Guardian. The situation led to a “damaging rebellion of the Tory right in the Commons which developed into a personal showdown between Heath and [Enoch] Powell.”

Dowden next pivoted to blaming Labour for the UK’s lack of energy independence, saying that Ed Milliband had blocked nuclear power development. Then it was back to the anti-woke schtick: “Starmer can’t resist kowtowing to the cancel culture brigade because his base are the cancel culture brigade. He’s frightened to defend women’s rights or to protect our heritage from vandals because he fears he would then be cancelled.”

John Rentoul, writing in the Independent, suggested that this speech contains the core of the Tories’ next election strategy, saying that “The aim is to draw dividing lines between the Tories and Labour on net zero, national security and cancel culture.”

Without wishing to read too much into this, I’d like to propose that the privet hedge functions as a symbol for the Conservative position on these polarising issues – the protection of the environment, of property, and of old fashioned cultural values.

Tory MP Steve Baker defended Dowden’s previous anti-woke speech in the US, saying that “While some of the language in his speech is harsher than I would use, this is in line with a radically moderate society”, which he said was one in which “We shouldn’t be picking sides; we should be showing compassion”.

These things are easy to say when you live in your Hertfordshire suburbia behind your privet hedge, shielding you from the cost of living crisis and the deepening inequality which governs the lives of too many people in Britain.

The privet hedge is not an engagement with Britain as it exists now, but speaks to a nostalgia for 1940s and 1950s Britain, where privet came to replace the metal railings many British houses had used, which was requisitioned during the war to be melted down for military use. In another fictional Britain, the Harry Potter books, Harry’s adoptive family lives at 4 Privet Drive.

The ‘privet hedges of a free people’, a propertied people with capital to protect. They have decent healthcare and education, and they do not wish to be too strenuously taxed on their wealth. They do not lack the freedom of speech, of thought, of assembly; the freedom from want or ignorance or a roof over their heads. They are the hedges of a comfortable people, a people for whom freedom consists in being left alone.

Which is why you get pinterest boards full of privet hedges called ‘Privacy landscaping’. Leave me alone, the privet hedge commands. Leave me alone with your new gender pronouns and your reassessment of the legacy of colonialism. I don’t want to hear it!

If these were the only values of “the calm suburbia of Hertfordshire”, Dowden might have a point. The Tories’ percentage share of the vote in Hertfordshire in 2019 dropped for the first time in years, and about 46% of people who voted at the 2021 Hertfordshire council elections voted Conservative.

The strange image of privet hedges is a nostalgic picture of Tory suburbia which jars with the reality of the modern party. As Dowden himself said, they are “The Party of Darlington and Doncaster, as well as Devon and Dorset. The party of mill towns and mining towns, as well as the metropolis.”

In the May local elections, it will be time to find out whether one party can be so many things to so many different people.