Oliver Dowden went to give a speech about 'cancel culture' this week to an organisation that wants to ban books they disagree with. 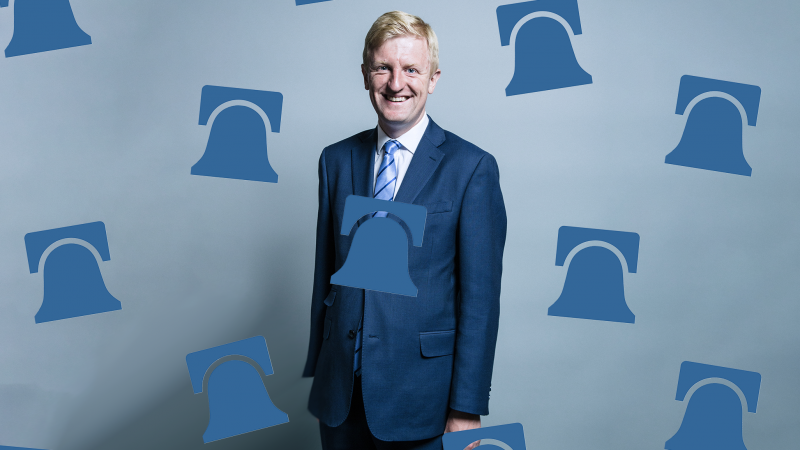 Margaret Thatcher was closely involved with the Heritage Foundation, and gave them a large donation in 2005 in order to fund the Margaret Thatcher Center for Freedom within the Heritage Foundation. It’s not entirely obvious what this centre does but it seems to mostly involve having one British member of staff, Nile Gardiner, who can act like a liaison between the US Right and their counterparts in the UK.

In his Heritage Foundation speech about ‘cancel culture’, Dowden claimed that a “painful woke psychodrama” threatened “to sap our societies of their own self-confidence”, and that left wing activists were “engaged in a form of Maoism” by trying to “expunge large parts of our past”. It’s like he’s been listening to too much Joe Rogan or Jordan Peterson content and is trying to appeal to the same YouTube audience.

Dowden’s choice of ‘cancel culture’ as topic of his speech is somewhat ironic given that the Heritage Foundation has been at the forefront of a campaign to ban books they don’t like from US schools and libraries.

Heritage seem to have become concerned about the effects of ‘woke ideology’ in about the middle of 2020, when they started publishing lots of articles bemoaning its influence. Finally, a useful catch-all phrase describing everything they were against and which is vague and flexible enough to describe everything from ‘black or trans people wanting rights’ to ‘critical analyses of colonialism’.

Dowden’s speech itself was dull, laborious and affected. It seemed unlikely that he had written it himself, as he stumbled over some of the words, reading slowly and constantly looking down at his text.

Even the transcript of the speech on the Conservative Party website looked like it was constantly pausing in between lines, as if it had to be written out like that so he would know where the pauses go.

This stuff is clearly nonsense, and it’s hard to believe that Dowden believes these arguments, but he is known for having “an expertise in the attacking form of political communications that has led to comparisons with Alastair Campbell”, so perhaps he’s being used as the chosen vehicle for a general attack on ‘wokeness’.

In 2019, the Guardian noted that the influence of ultra-right wing think tanks in UK politics was relatively new compared to the close relationship enjoyed by the Heritage Foundation to the US Republican Party. However, in the period before Brexit, many pro-Brexit politicians like Michael Gove and Nigel Farage visited the US to speak to think tanks “seeking out ideas, support and networking opportunities”.

US think tanks, the Guardian said, “have teamed up with British politicians and London-based counterparts… to help write detailed proposals for what the UK’s departure from the EU, and its future relationships with both the EU and the US, should look like”.

Organisations like the Heritage Foundation and Institute of Economic Affairs (IEA) in London are part of a global network of libertarian free market think tanks called the Atlas Network (named after Ayn Rand’s Atlas Shrugged). However, Brexit has not so far provided the “once-in-a-generation opportunity to radically trim the size of the state and cut the regulatory burden” which IEA director Mark Littlewood hoped for in 2017.

The demands of the Coronavirus pandemic, and Boris Johnson’s very minimal efforts to make the UK more carbon neutral have not been welcomed by free market think tanks, many of whom coincidentally receive quite a lot of donations from fossil fuel interests like the Charles Koch Foundation. They want Boris Johnson to ‘restore a smaller state’ and cut green taxes.

It’s also worth noting that the UK has still not done a free trade deal with the US, something which Tufton Street think tank aficionado and Brexiteer Steve Baker is clearly concerned about in his latest Times article in which he urges Republican Congressmen to ‘nurture’ the special relationship between the US and UK.

And what are we to make of the importation into UK discourse of the very American crusade against ‘woke culture’? This counterrevolution happened as a response to the Black Lives Matter protests in 2020, which saw 15-26 million Americans demonstrating in support of the movement.

The word ‘woke’ itself has a long history in African-American Vernacular English but was popularised by BLM activists in the 2010s. This makes it hard to read attacks on ‘woke culture’ as anything but a dismissal of the voices of marginalised people and especially Black activists speaking out about historical injustices.

As CNN’s Tara John wrote recently, “Stripped of its original meaning of a person being awake to progressive issues, “woke” has been appropriated from the Black vernacular and turned into a political lightning rod in the West’s culture wars.”

Writing for Byline Times, Sian Norris calls the influence of US right wing politics on the Conservative Party ‘rump Trumpocracy’, and suggests that there may be other American ideas that the Tories may be looking to replicate in the UK, such as voter suppression. The Conservative Party is in the process of forcing voters to show ID cards to vote, which many poorer people lack.

The Heritage Foundation has also been obsessed by Critical Race Theory (CRT), an academic analysis of racial politics, and the Telegraph has recently been trying to bring this part of the US culture war to the UK too, suggesting that British children are being ‘indoctrinated’ with CRT.

Anti-woke arguments are now used by the Conservative Party to attack and defund academics and museums, signal to their voter base, and aim to paint their enemies as extremists. At a time when there are few successes for the government to crow about, it makes perverse sense for them to create a boogeyman they can fight against.

Think tanks like the Heritage Foundation seek to popularise policies and arguments which can be used by right wing politicians to achieve their aims. As Thatcher’s favourite economist Milton Friedman said, “Only a crisis – actual or perceived – produces real change. When that crisis occurs, the actions that are taken depend on the ideas that are lying around. That, I believe, is our basic function: to develop alternatives to existing policies, to keep them alive and available until the politically impossible becomes the politically inevitable.”

It is no coincidence that many of the ideas that right wing parties now use have been developed in places like the Heritage Foundation.