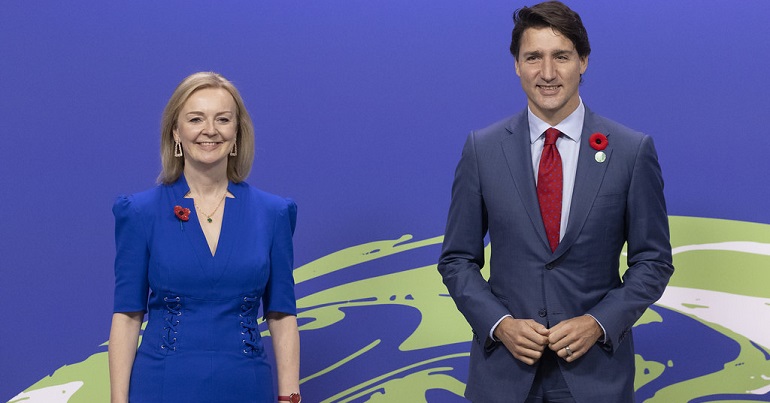 Canada, one of the eleven countries in the trade agreement has objected to the UKs ban on hormone reared beef – saying the ban has ‘no scientific basis’.

The UK kept the ban after Brexit having faced a major public outcry and opposition from UK farmers to hormone reared beef during the failed TTIP talks between the EU and the USA.

According to reports Canada, “asked some probing questions” Japan, a member of the CPTPP who chaired the CPTPP commission last year, said the UK must accept the existing CPTPP rules and must not set its own standards.

This is the first skirmish in the trade talks, which the UK Government thought would be a walk in the park.

Trade experts and trade unions have pointed out that joining the CPTPP agreement will require the government to make compromises, a process it objected to when a member of the EU.

CPTPP countries will not want to see the relatively new agreement opened up just to satisfy the UK, particularly with China signalling it is looking join the trading bloc. China is the key player in the the Regional Comprehensive Economic Partnership (RCEP) with also includes some CPTPP members and the UK’s complex relationship with China over Huawai’s involvement in the 5G roll out and Hong Kong will give cause for concern.

A note from the meeting which took place at the end of last week said: “On hormone treated beef Canada asked some probing questions and stated this will be an important issue for Canada in judging the UK’s compliance with CPTPP.”

Like other countries in the bloc Canada could veto the UK application to join the bloc.

Labour’s Shadow International Trade Secretary Nick Thomas-Symonds said the discussion showed that the Government is “considering dropping animal welfare and food standards and allowing hormone-treated beef into UK markets. The secretary of state recently stated that our standards are ‘non-negotiable.’ The government should be standing up for UK interests in the accession process to CPTPP.”

But a government spokesperson dismissed the row in typical fashion saying: “We have always been clear maintaining our high standards is a red line in all our trade negotiations. The UK will not be forced to lower our food, animal welfare or environmental standards when acceding to CPTPP, and there is absolutely nothing in the agreement which will require us to do so.”

The Comprehensive and Progressive Agreement for Trans-Pacific Partnership (CPTPP) is a free trade agreement (FTA) between Australia, Brunei Darussalam, Canada, Chile, Japan, Malaysia, Mexico, Peru, New Zealand, Singapore and Vietnam. Their is an option for India to join at some point and China has expressed an interest in joining. The CPTPP was signed by the 11 countries on 8th March 2018 in Santiago, Chile.