The Heritage Foundation is also linked to the Heritage Action for America, which has bragged about supporting voter suppression across the country. 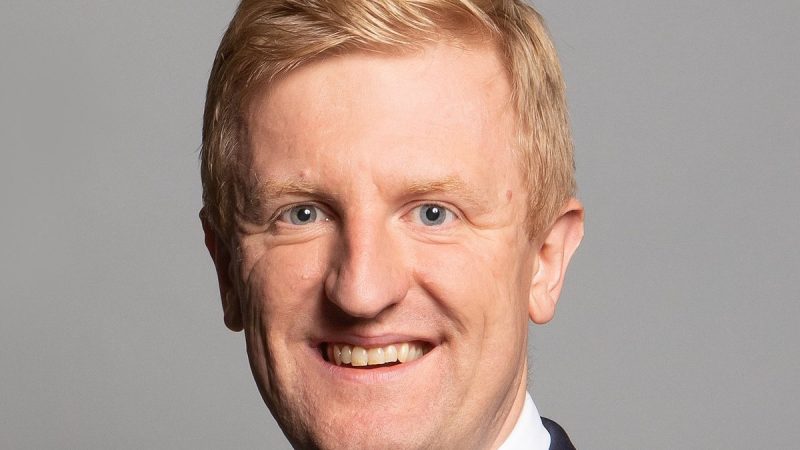 Tory Chair Oliver Dowden is visiting the US this week and will deliver a speech to the Heritage Foundation think tank “on how wokery is dividing and weakening us at a time where we must be confident in our values against threats from authoritarian states”.

Dowden is expected to tell the Heritage Foundation that ‘the enemies of the West … are finding fresh confidence in their eternal battle against liberty’ because ‘a social media mob can cancel you… merely because you have dared to challenge … one of the Left’s fashionable nostrums’.

He will be railing against the ‘Left’s fashionable nostrums’ at the same Heritage Foundation which has rejected the scientific consensus on climate change and which has received funding from ExxonMobil. Dowden’s speech at the think-tank comes just months after the UK hosted the crucial COP26 climate summit.

In 2016, Hans von Spakovsky, a senior Legal Fellow and manager of the Election Law Reform Initiative at The Heritage Foundation said that climate change was a ‘contentious and unproven scientific theory’.

The New York Times magazine has also previously highlighted how among the Heritage Foundation’s aims was to get Republican held states to ban or restrict critical race theory instruction.

While Dowden bangs on about the ‘evils of wokery’, the Heritage Foundation of which he is now associating himself with, has also hosted the likes of Voddie Baucham Jr. who have been invited to speak on critical race theory. Media Matters reported that Baucham has pushed ‘the antisemitic trope of “cultural Marxism,” insists on the importance of “virgin brides,” argues that women should not be vice presidential nominees, denies the existence of homosexuality, and claims the AIDS crisis was manipulated by the LGBTQ community for “pity”.

Baucham is also reportedly a proponent of the “stay-at-home daughter” movement, which encourages women to live with their parents until they are married, and he speaks often on the duty of fathers to protect their daughters’ virginity.

The Heritage Foundation is also linked to the Heritage Action for America, which has bragged about supporting voter suppression across the country. Donald Trump has even described the foundation as ‘real friends’.

Anyone who genuinely cared about equality and democratic ideals would stay as far away as possible from groups like the Heritage Foundation, yet instead the chair of the Tory party which is hell bent on a culture war will be indulging them. He’ll also be meeting with politicians from the Republican Party, a party which recently declared that the Jan. 6, 2021, attack on the Capitol and events that led to it were “legitimate political discourse”.