"We’ve seen a total failure of leadership from those in charge, and a failure of moral fibre from those who are meant to be in opposition." 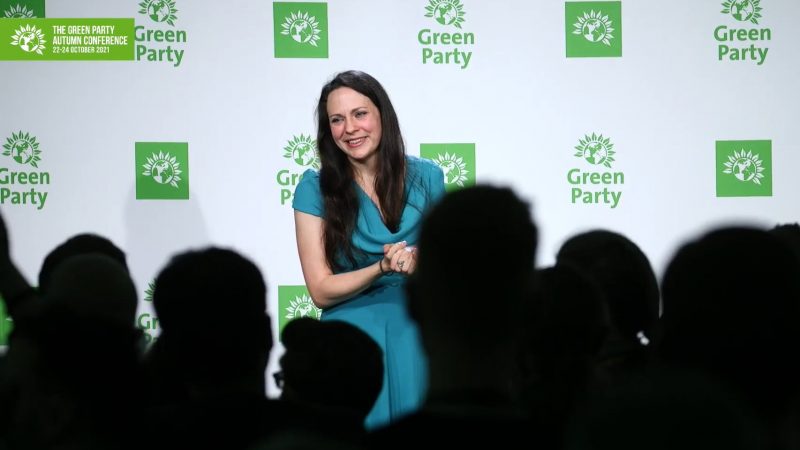 Greens from across England and Wales are gathering in Birmingham this weekend for their autumn conference. Day one saw newly elected co-leaders Carla Denyer and Adrian Ramsay give their first speech to the party faithful. On day two, it was deputy leader Amelia Womack’s term.

Alongside the dose of local radical history that is now customary for her conference speeches, and the inevitable bold claims about what elected Greens have been delivering, Womack used her time on stage to discuss three key themes – the pandemic, the Policing Bill and climate change.

Given the increase in Covid cases in recent weeks, Womack perhaps unsurprisingly used her speech to highlight the impact of the pandemic.  She told party members, “The coronavirus crisis has laid bare the horrific inequalities scarring our nation – those experienced by people of colour; disabled people; those living in poor-quality housing; those in insecure work. COVID held a mirror up to society, and what we saw was unacceptable.”

She continued, “The number of billionaires in the UK reached a new record during the pandemic, while almost 700,000 people were driven into poverty.”

She went on to criticise both the government’s handling of the pandemic, but also the response from Labour under Keir Starmer. She accused the official opposition of lacking “moral fibre”. She said, “We’ve seen a total failure of leadership from those in charge, and a failure of moral fibre from those who are meant to be in opposition.”

Womack then continued by suggesting the problems the government claims to be solving through the Policing Bill would instead by tackled through reversing austerity and investing in public services. She said, “years of austerity have stripped our towns, our villages and our cities’ social infrastructure to the bone. Youth centres closed. Domestic violence services cut. People trapped in abuse and dangerous situations because they can’t afford to leave. And the only answers the establishment has for us is more police and more police powers. But we know that if all you have is a hammer, everything looks like a nail – and violence at the hands of the police has been destroying lives for decades.”

And with COP26 climate talks now little more than a week away, talk at the Greens’ conference has focused in part on what the party sees as the government’s failure on the climate. This was true for Womack’s speech too, as she claimed the government is “simply not interested” in tackling the climate crisis. She said, “We’ve got airport expansion when we need a frequent flier levy. Millions set aside for road building when it should be spent on public transport. Potential new coal mines when renewable energy needs to be the priority.

“It’s clear that this country’s leaders are simply not interested in making the kind of change we need to prevent climate catastrophe and transition to a greener and fairer economy.”

Womack struck a similar note to the party’s co-leaders, who also criticised the Labour Party’s approach to Covid, talked of the need for investment in public services, and called for more action on the climate.

The Green Party Conference will be running until Sunday afternoon. Members will be debating and voting on a series of motions, including support for free social care for disabled people, and a £15 an hour minimum wage.