"It seems to me that the dynamism within Scottish politics is there within the SNP.” 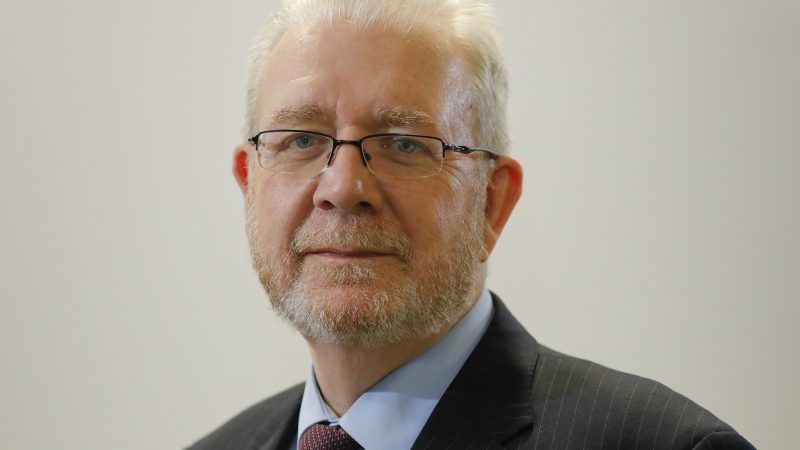 The President of the Scottish National Party (SNP) has dismissed as “bollocks” claims that the party is not pursuing Scottish independence.

Speaking to Left Foot Forward on the final day of the party’s annual conference, Mike Russell (pictured) confirmed that the UK Government may resist Scottish Government plans for a referendum before the end of 2023, but that the commitment to independence remained.

He said: “There is a commitment to independence. You heard it from the first minister, you head it from me. And I do think that this constant refrain from some people, again a small number of people, that the SNP is not committed to independence, is bollocks frankly.

“I’ve spent my entire political life seeking independence. It is very hard to do, particularly where we are now and the time that we live through. But there is a commitment to doing it.”

Delegates voted to back the party leadership’s plans overwhelmingly at the virtual conference. First Minister Nicola Sturgeon told the party faithful (Monday 13 September) that the SNP had achieved “an unarguable mandate” for a referendum on independence after the May elections returned a majority of pro-independence MSPs. However, the Scottish Government and Scottish Parliament have been rebuffed twice by UK Prime Ministers when seeking talks for a referendum after past election victories.

The day before Sturgeon’s conference speech, former First Minister Alex Salmond told his own Alba conference that the SNP’s repeated promises to achieve a referendum felt like “groundhog day”. Asked whether he thought the split in the nationalist camp foretold future infighting should independence not be delivered, he said: “I don’t think so.”

“I’m very sorry that some people I value and like – a very few I have to say – there are a few who have taken a different course. They are entitled to do so. I disagree with their analysis. And I think that the SNP, as we’ve just seen at this latest conference, is in good form.”

He added: “In May we had an overwhelming victory – one of the best results we’ve ever had. We’ve entered into a new co-operation agreement with the Greens. It seems to me that the dynamism within Scottish politics is there within the SNP.”

With her Programme for Government, Sturgeon also announced a new government White Paper on independence, for the 2023 challenge.

Asked if this would over-ride old party prospectus’, such as the 2017 Growth Commission, which argued an independent Scotland should continue to use Sterling without a central bank or access to monetary policy, he accepted times had changed with the pandemic.

He said: “You are right to say there has been an enormous change since then [the SNP conference vote to partially endorse the Growth Commission in 2018]. So it is quite right, as Nicola Sturgeon has indicated, that everything would be thought about a re-considered. But I’m not going to second guess that process by singling out the Growth Commission.”

Schemes like the furlough would be impossible in an independent state without a central bank.

Asked if Brexit complicated the Scottish Government’s favoured ‘independence in Europe’ strategy, since an independent Scotland would be separated from its closest and largest trading partner by membership of the Single Market, he said: “No, absolutely not. It actually simplifies our trade position.”

He added: “You need to change that trade dependency [with England] and that’s something you can do over a period of time.”

He cited Ireland as an example of a country which has done this.

In her conference speech, Sturgeon told delegates that the UK Government would use Brexit to bolster the argument against independence.

She said: “By making us poorer, they’ll say we can’t afford to be independent. By cutting our trade with the EU, they’ll say we are too dependent on the rest of the UK. By causing our working population to fall, they’ll say the country is ageing too fast. They want us to believe we are powerless in the face of the disastrous decisions they have taken for us and the damage those decisions is doing.”

David Jamieson is a freelance writer based in Scotland.