Usually, foreign observers want to know just one thing about Scottish politics – is the country heading for a break with the UK? 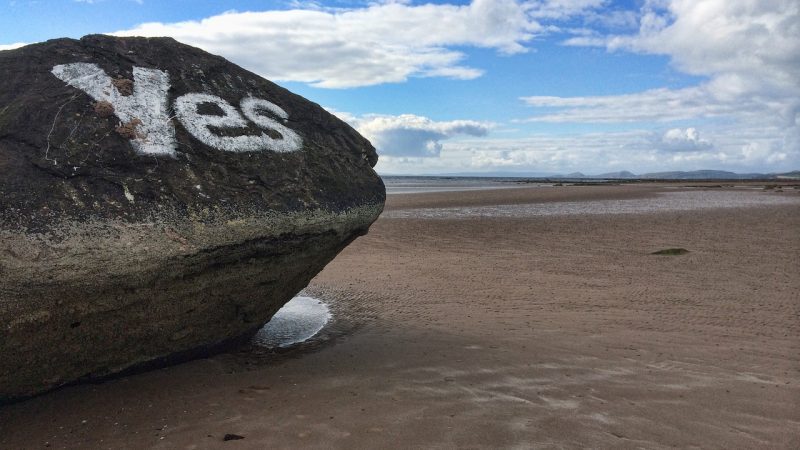 Usually, foreign observers want to know just one thing about Scottish politics – is the country heading for a break with the UK?

This question fascinates pundits at every SNP conference. At the 2021 gathering, delegates can warm themselves in the glow of a historic fourth Scottish election victory. They voted by 535 votes to 10 to back the Scottish Government’s pledge to hold an independence referendum before the end of 2023.

Yet an air of unreality surrounded the conference discussions of a referendum that would be held within two years.

Speaking for the resolution, Chris Hanlon, SNP Policy Development Convener reiterated Nicola Sturgeon’s long-standing position that only an event like the 2014 referendum – negotiated and sanctioned by the Westminster government – could be a legitimate path to national independence.

He said: “That’s not kicking the can down the road, it’s putting the ball on the penalty spot and waiting for the whistle to blow. And blow it will, all too soon. I might suggest its worth our time between now and then training and talking strategy rather than wasting our breath speculating that the whistle will never blow.”

This is a reference to growing scepticism in parts of the independence movement. In Greenock, before a somewhat smaller audience than he would have addressed with the SNP, the man who negotiated the 2014 referendum criticised the “groundhog day” of independence challenges.

Speaking to his Alba party conference, Alex Salmond said: “My favourite Bill Murray film is Groundhog Day. The theme of someone caught in a time loop has been dealt with since many times in film, usually as comedy.

“But for Scotland and for independence it is a tragedy. Bill Murray was only trapped for a few weeks. Scotland’s Referendum Groundhog Day has lasted six years.”

The acrimonious split in the nationalist camp between Sturgeon and Salmond has been largely forgotten since Alba failed to make any headway in the May elections. But the feeling that no progress is being made towards independence both predates and reaches much further than Salmond’s protestations.

Back at the SNP conference Alasdair Alan MSP, served up another of Sturgeon’s talking points: “If the Prime Minister decides to set his face against a referendum, through the courts or any other measure, then the idea that the UK is a voluntary union will be over.”

UK Prime Ministers have refused independence referendums, mandated by election victories, twice since 2014. A third refusal would not be a new departure.

Then there is the case for independence. The 2014 prospectus has been shredded by many developments. These include the volatility and loss of esteem for the fossil fuel sector. The Scottish Government White Paper on independence for the 2014 referendum was based on unusually high oil prices.

That paper also asserted a currency option – a currency union – since ruled out by Westminster. The SNP’s official alternative outlined in the party Growth Commission (GC) – use of the pound without access to monetary policy or ‘Sterlingisation’ – has many downsides and enemies.

The GC was in its turn superannuated by the pandemic (though critics claimed it had failed to register lessons from 2008) and the massive money printing required to produce the furlough scheme. The GC denied Scotland’s need for a central bank, and so no such scheme could have been enacted in an independent Scotland under its influence.

Perhaps above all, Brexit has complicated the independence case. Whereas in 2014 SNP leaders hoped Scotland would join the EU and share the Single Market with its largest trading partners in the UK and the rest of the bloc alike, in any future referendum independence advocates would have to choose their markets.

Now Sturgeon has pledged work on a new White Paper, but all of these questions and many more will be difficult to conquer. Observers with an occasional interest in Scotland’s trajectory shouldn’t expect any of these issues to be resolved soon.