"The party opposite spent a decade weakening the foundations of our economy. Now they pretend they can rebuild it," Keir Starmer said. 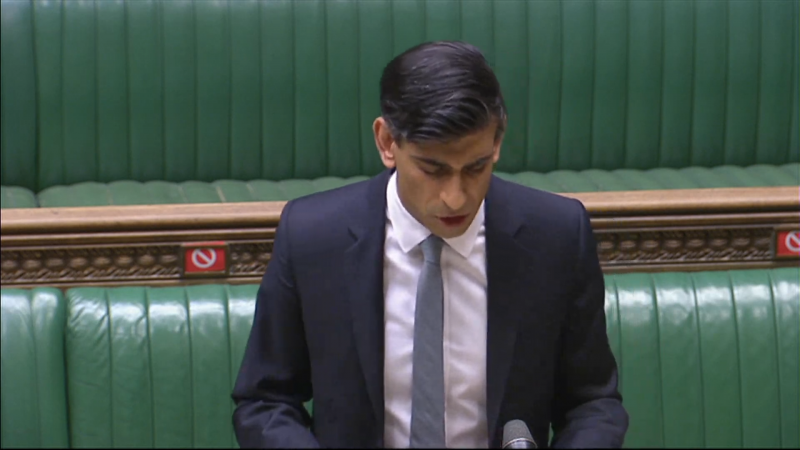 Progressive economists and campaigners have delivered a mixed reaction to Rishi Sunak’s Spring Budget – saying it lacks ambition given the scale of the crisis.

Labour’s Keir Starmer said the budget was ‘papering over the cracks’ instead of ‘building what’s needed’, while the SNP’s Ian Blackford hammered the Chancellor on inequality – demanding the £20 a week Universal Credit uplift be made permanent.

Here’s some reaction to the key announcements…

The Chancellor refused to make the Universal Credit uplift permanent – kicking the can down the road for another row in six months’ time.

The National Living Wage (i.e. the minimum wage) will rise to £8.91 an hour from April, benefiting all 23-year-old workers for the first time. But many believe it does not go far enough.

The Chancellor announced eight new freeports – economic zones free from tariffs and duties – a policy that has drawn major criticism from academics only this week.

Economist Richard Murphy said: “The history of freeports around the world is of tax abuse and crime. Why do we want to buy into that in the UK?”

Journalist Jim Pickard noted some dodgy spin coming from the Chancellor: “Rishi Sunak says freeports are “a policy we can only pursue now we are out of the EU”, ignoring the fact that the UK had 7 freeports between 1984 and 2012.”

The Chancellor announced a reversal of George Osborne’s corporation tax cuts, which took the rate down to 19%. Corporation tax will rise to 25% from 2023.

The Director of the independent Institute for Fiscal Studies set out the problem with the fuel duty freeze quite clearly:

Journalist James Ball noted that the latest fuel duty freeze will cost the exchequer £4.4 billion over the next five years: “Just that alone would fully cover keeping the universal credit uplift for a full year.”

5% house deposits will be guaranteed by the government – leading to fears of a new housing bubble. And the Chancellor offered little support for renters…

There were other changes welcomed by progressives, including a change to the Bank of England’s mandate to consider environmental sustainability, and a new National Investment Bank to fund a ‘Green Industrial Revolution’. Another pinched Labour policy..

We’re also getting used to the defeaning silence on funding for social care – or a pay rise for health workers.