A new report has poured cold water on the Chancellor's plans for freeports. Pictured: A freeport in Malta. 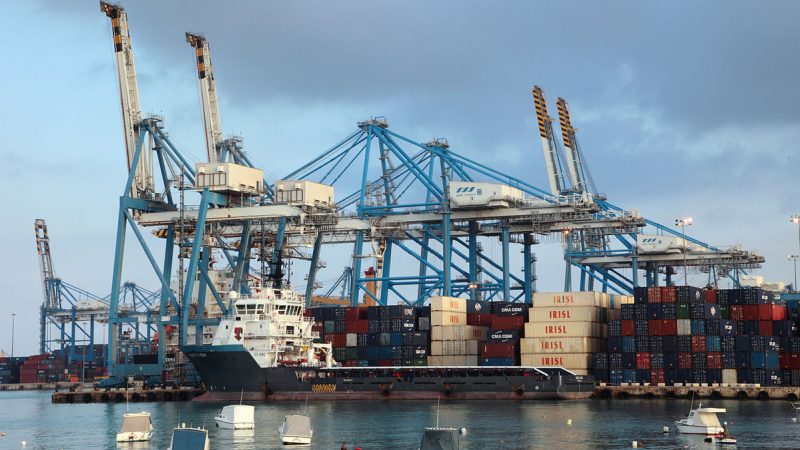 They’ll be announced with grandiose rhetoric about forming ‘safe harbours’ for world trade and ‘levelling up’ the UK. But new analysis of the government’s plans for freeports – tax-free zones often based at ports and airports – has debunked Conservative claims about the proposals.

A report from the independent UK in a Changing Europe think tank ahead of Wednesday’s Budget finds that freeports – likely to form part of Rishi Sunak’s plans – will at best relocate, rather than create, economic activity and jobs. And they are unlikely to lead to the sort of transformation the government hopes for.

The Chancellor has long been wedded to the idea of freeports. When he was still a backbench MP, Rishi Sunak  wrote a report for the Centre For Policy Studies extolling their virtues, with ideological zeal. He claimed they would ‘unleash the potential in our proud historic ports, boosting and regenerating communities across the UK’.

The government’s consultation on the plans last year claimed they would ‘create national hubs for global trade and investment across the UK’, ‘promote regeneration and job creation,’ and ‘create hotbeds for innovation’. But there’s scant evidence to back up the tax-handouts, according to academics.

The Government wants to launch up to 10 freeports across the UK, with one in each of the four nations. Freeport sites could be located inland as well as by ports, increasing the range of options for sites and potentially allowing existing manufacturing plants to be designated.

A new report, Freeports, finds that evidence about freeports create additional jobs is unclear, and at best mixed. It notes that there is a ‘public cost’ of maintaining freeports, which is exacerbated by the necessity of providing financial incentives for businesses to relocate to them. And the groups that will benefit from freeports are businesses that relocate there and high net-worth individuals.

Freeports – a type of ‘Special Enterprise Zone – have been used by countries such as the United Arab Emirates to create areas with 0% corporation tax, no VAT, income tax – indeed no tax at all. Such a radical scheme in the UK would simply see a rush of UK companies moving from tax-paying areas to tax-free ones.

There are also fears over money laundering and international tax evasion: “Goods can enter a freeport, stay there indefinitely and trade an unlimited number of times without ever having been taxed…The Financial Action Task Force report[s] that this lack of scrutiny can ‘facilitate’ trade-based money laundering, through ‘relaxed oversight, lack of transparency, trade data and systems integration.’” The Geneva freeport, for example, has reportedly been used to store stolen archaeological artefacts and artworks.

The report notes one study by academics Larkin and Wilcox, concluded that ‘up to 41% of the 58,000 jobs created in the enterprise zones of the 1980s were relocated from elsewhere in the UK’ (and even the ‘new’ jobs might have been created elsewhere if enterprise zones had not existed)’.

While they could help if focused on ailing sectors, or move jobs from high-employment areas to low-employment ones, they are unlikely to offer real benefits. Instead, they look a lot like a giveaway to multinational firms who will go from paying tariffs to avoiding them legally.

The report notes the UK had freeports until 2012 when the relevant legislation lapsed, amid suggestions that freeports were of limited use, made no difference to Government revenue or customs reliefs, and that they introduced unnecessary complexities regarding customs.

Commenting on the findings, Professor Catherine Barnard, deputy director of UK in a Changing Europe and one of the authors of the report, said: “If the Government thinks freeports are a magic bullet that will create hundreds of thousands of new jobs, bring billions of additional pounds to the Exchequer and radically transform an area it is mistaken.

“That is not to say they should not be created but the thought they’re going to transform the wealth and prosperity of this country is simply untrue. It will help the regions that get a freeport – but possibly to the detriment of those that don’t.”