We're 80 days away from a potentially disastrous crash-out Brexit. A new report from Best for Britain sets the scene. 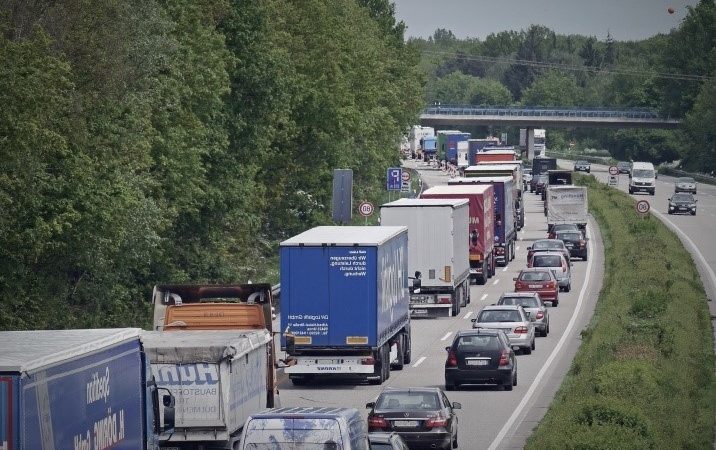 We’ve all seen the grim economic prospects for what happens in the UK leaves the transition period without an EU deal this year. But what will it look like in reality?

Ahead of this week’s EU summit – viewed as crunch time for a UK-EU deal – a new report from Best for Britain sets out some of the possible scenarios of No Deal from January 1st.

The government has repeatedly said it wants a deal – but is refusing to budge on access to UK waters, or state aid.

Leaving the Brexit transition period without a deal could be a fatal blow for businesses, with queues of up to 7,000 lorries at Dover delaying vital trade, the campaign groups says.

The report, titled ‘Britain in 2021’, states: “The Government wants to use a ‘Smart Freight’ system, allowing lorry drivers to submit and declare all electronic paperwork needed in an app. But it is looking unlikely that these technological solutions will be ready in time, meaning massive queues at Dover on day one of leaving the transition period with no deal in place. Each lorry will have to be checked manually. That means a huge amount of freight will be stuck at the border on 1st January.”

The authors go on: “Border agents are under-equipped to deal with checking every lorry coming in the UK from the EU. Visas and driver permits for lorry drivers, customs and tariff checks for goods, and animal and food safety checks will be needed. Each of these checks is the responsibility of a different Government department department, each with its own IT monitoring system, making the overarching system rather complex.”

The Road Haulage Association has warned that, in the event of No Deal, it ‘expects that movements will rapidly grind to a halt as vehicles back up waiting to be processed by customs authorities’.

UK drivers exporting goods to the EU will need to apply for operator licences and permits, ensure the driver is eligible to drive abroad , check and conform to the rules regarding the specific goods being transported, as well as have the right export documents for those goods.

Best for Britain notes that in a No Deal scenario, and under the UK’s own ‘Global Tariff system’, tariffs will immediately be applied to staple food items, leading to an increase in prices: “Basic necessities such as tinned tomatoes and pasta are set to increase by 10-20 per cent in real price terms. A packet of pasta, for example, which could provide the basis of a cheap meal for a family of five, will go from costing 53p to 65p.”

Tinned goods will cost more too. Taking a case study: “The UK does not have the capacity to produce the metal cans…for any tinned products. Even if the UK invested in its own tomato growing, processing and canning, tinned tomatoes would still incur a duty for the import of the tin can. The component material in tinned tomatoes, tomato paste, similarly incurs a 14.4 per cent duty, or the equivalent of 8-10p per kilo on the raw material.”

The authors add: “While these may seem like small cost of living increases, they will have a significant impact on different families and regions in the UK, who will already be faced with the effects of a coronavirus-induced recession.”

Meat and dairy will be particularly hard hit: “From the first day of No Deal, exporters will require an ‘export health certificate’ to bring any animal product to the EU. That means all eggs, dairy products, meat and fish must be checked. It is estimated that up to 1.9million certificates will be needed to be issued to accompany food going to the EU. Certificates must be signed by an official vet or, in some cases, a certification support officer (CSO), although a qualified vet must have a final sign-off…

“It is unclear yet if the UK has enough qualified vets or CSOs to make the checks needed to issue sufficient export health certificates.”

So imported food will likely be delayed getting to the shelves, and perishable goods are likely to rot. Parts for manufacturers will be waiting at the border. And businesses will see new administrative red tape at customs. Meanwhile, as the pandemic seems likely to rage on, vital medicines will be delayed.

In the event of No Deal and no arrangements between the UK-EU on customs measures, the UK’s supply of lifesaving and time-sensitive supplies such as medical radioisotopes (used for nuclear cardiology and tumour detection) risks being jeopardized – something the government is getting worried about.

Commenting on the report, Best for Britain CEO Naomi Smith said: “The country overwhelmingly wants the Government to end the transition period with a deal. No-deal has no mandate.

“Without a deal, businesses are staring down the barrel at a ‘perfect storm’ of Brexit and COVID this Christmas, while lorries carrying goods in and out of Britain will be stuck in long queues at Dover, and the Good Friday Agreement will come under immense strain.

“But that terrible outcome can be avoided. The clock may be ticking, but now it is time for the Prime Minister to make good on his promise at last year’s election and bring home a deal.”

Among other weird affects of No Deal will be ‘protected’ food/drink products losing their trademark status – a hammer blow to the UK’s Scotch whiskey and Cornish pasty companies. Brits living abroad might see their UK bank accounts close, and UK professional qualifications will no longer be recognised in the EU.

Polling for the report found that two-thirds (64%) of those with a view said they thought the no-deal would be a ‘fairly bad’ or ‘very bad’ outcome. There was strong opposition to a no-deal outcome in every region of the UK surveyed — including in the northwest, northeast, and the Midlands, areas regularly associated with the vote to leave the EU in 2016. In Scotland, around four-fifths (78%) thought leaving the transition period without a deal would be a bad outcome.

The poll, was run for Best for Britain by Focaldata. You can read the full report here.