They want public transport to be nationalised and free. 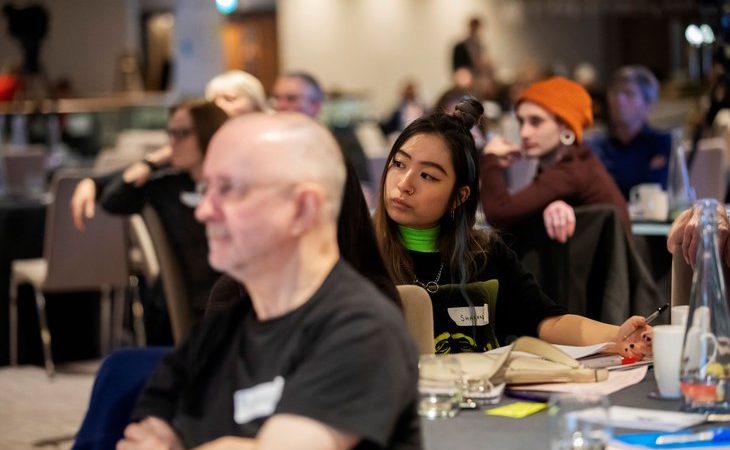 A group of 108 ordinary British people, selected so as to be representative of British society, have come up with some excellent solutions to the climate crisis.

The Climate Assembly is representative of the public in terms of geography, age, ethnicity and the extent to which they care about climate change.

After talking to experts about various potential climate change solutions, they’ve come up with many which will challenge the government and please progressives.

Reacting to their proposals, the minister in charge of energy policy Alok Sharma said he welcome “the spirit” of the recommendations and said there was “a lot in this report to agree with from a government perspective”.

He then outlined areas in which he thinks the government is already acting on the assembly’s proposals – on forests, renewable energy and low-carbon buses, trains and cars.

But Sharma, who is also in charge of next year’s global climate talks, went on to emphasise the public’s responsibility to tackle climate change – by changing the way we shop, travel and heat our homes.

Was this an attempt to shift responsibility away from the government and avoid pursuing some of the progressive policies listed below?

As introduced succesfully in the French town of Dunkirk in 2018. Bus trips increased by 85% on some routes and half of the new bus users previously travelled by car.

In the UK, the government has forced Transport for London to scrap free bus travel for London’s teenagers. And bus prices are much higher in the rest of the country, costing up to £6 in places like Cumbria and Hampshire.

Labour’s last manifesto proposed that councils should take over bus services and, if they did so, a Labour government would help them make it free for under-25s.

This was supported by 75% of the assembly members. This echoes previous polling which has shown nationalising rail services is popular with voters from all parties.

This was supported by 80% of assembly members. Most members preferred this option to the UK’s current policy, which is a flat tax on flights.

Air travel currently accounts for 7% of the UK’s emissions and 15% of the population takes around 77% of the flights.

The assembly thought government should help pay for people to have their homes made more environmentally-friendly.

Under pressure from campaigners, the government announced it will spend £2bn doing this from September onwards, with those on low-incomes getting insulation for free.

Nearly 90% of assembly members thought the government should pay farmers to do things which would take carbon from the atmosphere.

Trees suck in carbon and peatlands (otherwise known as bogs or moors) are a store of carbon. That carbon is released when peatlands are degraded, as many of them now are.

Over 80% agreed that the producers of high-carbon goods and services should be taxed. Over 70% said they should be subject to advertising bans.

7. Invest in wind and solar

Offshore wind was supported by 95%, solar by 81% and onshore wind by 78%. In contrast, the assembly members were split on nuclear power and bioenergy and were opposed to continuing to burn fossil fuels but with carbon capture and storage (technology which aims to limit the amount of damage fossil fuels do).

According to the report: “Assembly members saw three main disadvantages to nuclear : its cost, safety, and issues around waste storage and decommissioning. Their concerns about fossil fuels with carbon capture and storage centred on safety risks (if carbon leaked during storage or transfer), the continued use of fossil fuels, and a feeling that it only provides a “short-term”, expensive solution when better alternatives are available.”

This was the most popular solution of the lot – with 99% support and 0% against.

Currently, the UK is one of the most deforested nations in Europe. The government’s manifesto pledged to plant 11m trees by 2020. This deadline was later put back to 2022.

Around 94% of the assembly members recommended this, showing the public is concerned about fossil fuel lobbying.

Fossil fuel companies often employ expensive lobbyists. The UK’s lobbying register is supposed to monitor their work but it has a number of flaws – the most important being that it doesn’t cover a company’s in-house lobbyists, just agencies.