One step forward, one step back... 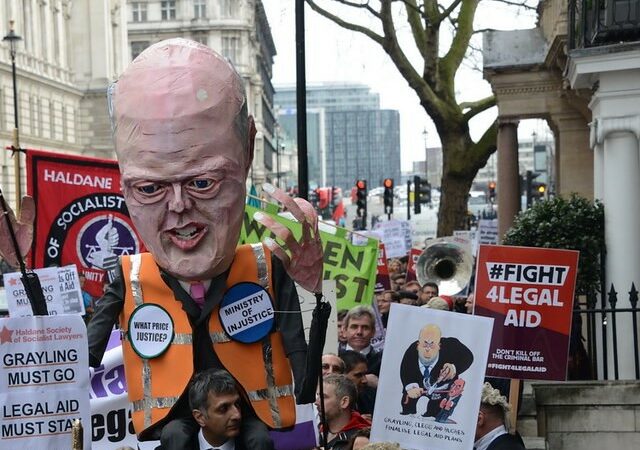 The government will bring probation services back under state control, after a disastrous six year fling with letting private companies manage the scheme.

The move was announced on Thursday and marks the end of former Justice Secretary Chris Grayling’s experiment.

A report by the Commons’ Justice Committee in 2018 found staff morale was at rock bottom under the privatised system, which saw outsourcing firms manage the supervision of low and medium-risk released offenders. (The companies weren’t trusted with ‘high risk’ offenders).

Last year Her Majesty’s Inspectorate of Probation rated 80% of these private probation companies “inadequate”. And the National Audit Office estimated that problems with the privatisation had cost taxpayers nearly £500m.

Tory committee chair Bob Neill MP was scathing: “We are unconvinced that TR [the privatised ‘Transforming Rehabilitation’ service] will ever deliver the kind of probation service we need.”

Commenting on this week’s announcement Cat Hobbs, Director of We Own It said: “It is beyond all doubt that Chris Grayling’s privatisation of the probation service was a total disaster. It has failed to rehabilitate offenders and it’s left our communities less safe.

That last point is particularly salient – because at the bottom of the announcement on ‘taking back control’ of probation services, the Tories sneaked this in:

As the FT report: “Serco, G4S, MTC Novo and Sodexo are all understood to be contenders to manage the new Wellingborough and Glen Parva prisons, which will provide an additional 3,360 places by 2023. The prisons are due to be completed next year with contracts to run them each worth around £300m over 10 years…

“The decision comes despite a series of troubles with privatised prisons, with the government in 2018 forced to take over the management of HMP Birmingham from security contractor G4S after an inspector’s report found it “exceptionally violent”, with inmates high on drugs wandering around like zombies in a “war zone”. Last year the government decided to return HMP Birmingham permanently to state management.”

Will they never learn?