Critics said the privatisation cost the taxpayer and endangered the public. 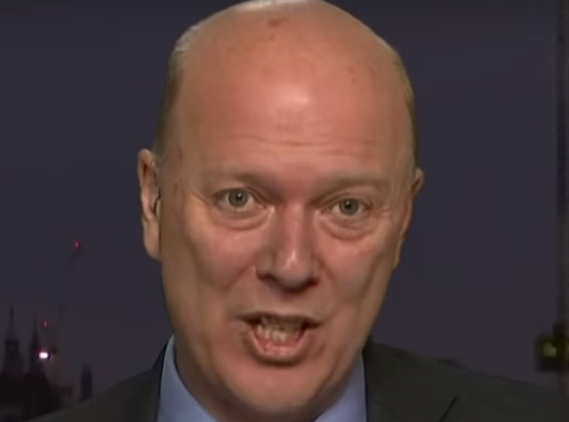 The government has promised to re-nationalise the parts of the probation service it privatised in 2014.

The privatisation was initiated by then Justice Secretary Chris Grayling during the coalition government between the Tories and Liberal Democrats.

While high-risk offenders continued to be dealt with by the publicly-owned National Probation Service, low and medium-risk offenders were managed by private companies.

Her Majesty’s Inspectorate of Probation rated 80% of these private probation companies “inadequate”.

The Chief of Inspector of Probation Dame Glenys Stacey said that these companies were not doing enough to protect the public from harm.

The National Audit Office estimated that problems with the privatisation had cost taxpayers nearly £500m.

As well as failing to do their job well, these companies were failing to make money – forecasting losses instead of the large profits they expected to make.

The move has been welcomed by trade unions, campaigners and the chair of a cross-party parliamentary watchdog on government spending.

Meg Hillier is the chair of the Public Accounts Committee (PAC) which includes Labour, Tory and SNP MPs and has been critical of the privatisation.

Commenting on the U-turn, Hillier said:

“The Government has finally recognised the failure of the Grayling changes to probation services.

“It was always a risky venture and the PAC has repeatedly highlighted the flaws in the model, the management of the contracts and the lack of resilience.

“It’s heartening to hear the Secretary of State speak about more work with specialist providers including in the voluntary sector. We highlighted this loss of expertise as one of our concerns about the system.

“Our most recent report warned that a proposed alternative retendering was on a frighteningly tight timescale and I am pleased that the Government has abandoned this.

“This is the latest in a long list of projects initiated by Chris Grayling which have been overturned by his colleagues or the courts.”

“Thankfully the Government has finally recognised what we have been saying since this disastrous privatisation was forced on us – that probation services are better off in the public sector.

“Failing Grayling privatised the service, then carved it up so private companies could profit.  They took the cash and put our communities at risk.

“Now we need to rebuild our beleaguered National Probation Service and never let this happen again.

“We are only disappointed this failed privatisation experiment has cost millions and ruined many lives.

“We’re absolutely delighted that David Gauke has made the right decision, and announced plans to bring probation into public ownership. The privatisation of probation has been an unmitigated disaster – costing us more, failing offenders and leaving our communities less safe.”

Campaigners, MPs, trade unions and nearly 20,000 people who signed our petition have all been clear that probation belongs in public ownership. It’s a tribute to their hard work that the government has been forced to U-turn on one of its flagship policies.”

“Returning probation work to public ownership is a long-overdue step in the right direction. But Unison, along with the Labour Group of Police and Crime Commissioners, is convinced probation services are best delivered locally, rather than from the one-size-fits-all centralised model which is the National Probation Service.

“The sooner probation is put back into local control to restore the confidence of staff, service users and the public, the better. The ruin caused by Chris Grayling’s botched reforms shows the service is just not safe in the hands of the Ministry of Justice.”

“Chris Grayling botched his probation reforms just like he botches everything. Reversing them is long overdue.

“But the damage Grayling did to probation won’t be easy to repair. Morale among probation officers is at an all-time low, and far too many people end up being sent back to prison because they do not receive the supervision and services they need to build a life free from crime.

“The Liberal Democrats demand better. The Government must fund probation and rehabilitative services properly. Only then will we cut re-offending so that there are fewer victims of crime and fewer people in prison.”