"It cannot be right for an individual to leave custody with £46 to last them a number of weeks, nowhere to live and no job." 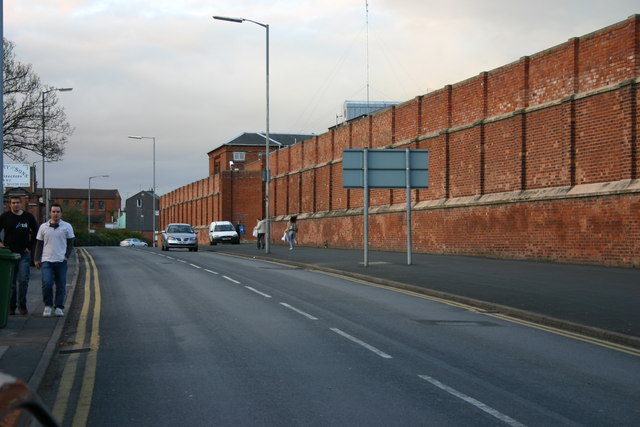 The decision of former Justice Secretary Chris Grayling to flog off flog off 70% of the probation service is looking more idiotic by the day.

35 local probation services were hived off to contractors – almost entirely big outsourcing companies with the clout to mount successful bids.

The system has been riddled with problems since its inception, with staff morale at rock bottom, private firms begging for more money, and a two-tier system causing disruption (high risk offenders are still under public sector oversight).

In 2017, HM Inspectorate of Probation found that the publicly-owned National Probation Service was protecting the public well – but that the private Community Rehabilitation Companies (CRCs) were failing in half of cases.

That same year, the government bunged an extra £340m to the probation providers. Yet the bailout came with few strings attached – the government did not demand extra staff. At least two CRC owners have announced staff redundancies since the ‘rescue package’ in July, according to Unison – placing even more pressure on over-worked employees.

Now a report from the House of Commons Justice Committee reveals just how dire the situation has become, following the most extensive privatisation the criminal justice system has seen.

Among many other concerns, they note:

“Staff morale is at an “all-time low” and staff have high caseloads, in some instances they are handling cases for which they do not have adequate training, and they feel de-professionalised.”

In their evidence to the committee, the Unison union back this up, highlighting that: “The CRCs are…suffering recruitment and retention problems, because they are unable (due to contract funding and profit margins) to offer new entrants the same employment package as offered to NPS staff.”

Meanwhile case studies from probation workers themselves paint a worrying picture – including potential miscarriages of justice:

Worker: “We have lost credibility with the courts as we cannot deliver the requirements of the sentences imposed.  We are told not to recall (unless it is a serious further offence).  Due to lack of staff, workloads are high and offenders go ‘under the radar’ until a serious offence is committed.”

Another worker: “Working in the CRC, I am discovering that we have a large proportion of cases being sentenced without pre-sentence reports” from the CRCs themselves. These are investigations which assess whether there were ameliorating circumstances as to why a crime may have been committed.

“Sentences are being passed without the court having information on the individuals in front of them.  This of course can lead to inappropriate sentences.”

Another: “Offenders are sentenced often inappropriately where there are insufficient resources to provide the programmes etc that may have been recommended.”

One prisoner submitted to the inquiry, alleging that several sex offenders had been released without any resettlement plan in place.

“We are unconvinced that TR [Transforming Rehabilitation] will ever deliver the kind of probation service we need.

“There are major questions to be answered on a whole range of issues including the support people get when they leave custody, the performance of probation providers, contracts with CRCs, poor staff morale and the involvement of the voluntary sector. This has a negative impact on the number of individuals who go on to reoffend.

“Hard working and dedicated staff are doing their best with a probation system that is currently a mess.

“We have heard first-hand the impact that the current probation system is having on those that are receiving probation services.

“It cannot be right for an individual to leave custody with £46 to last them a number of weeks, nowhere to live and no job.”

Unions are calling for the contracts to be brought in-house when they expire in 2022, or before if possible.

Ellen Lees, Campaigns Officer for We Own It told LFF:

“We’ve had plenty of warnings that privatisation of the probation sector had gone horribly wrong, and this report is the final nail in the coffin.

“Staff are exhausted, targets haven’t been met, offenders have been ‘lost’ – how much longer does this need to go on before the Ministry of Justice can admit that privatising the sector was the wrong decision? They must act now to bring the sector back together, into public ownership, for the sake of probation staff, offenders and the public.”

Despite evidence of systemic failure, the Committee were meek in their recommendations (calling for an MoJ review).

But the chaos is a security issue. The sooner this ideological experiment is scrapped and the services are brought back in house, the better.