The Tory hardliners have got their way - but at what cost? 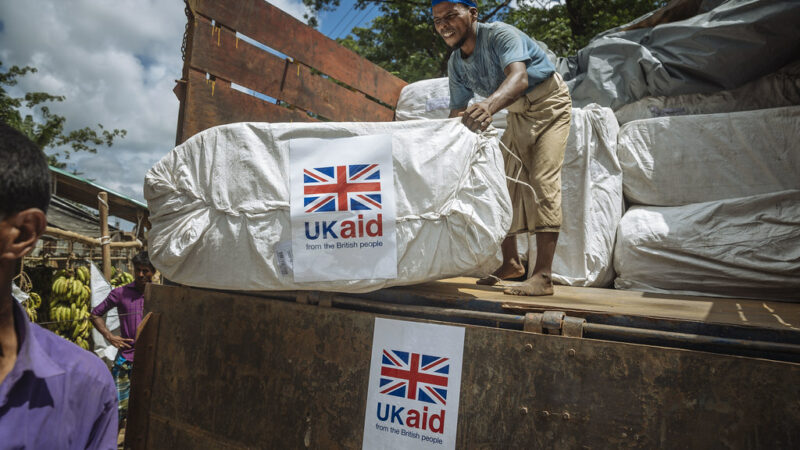 Boris Johnson is under mounting pressure over his decision to abolish the Department for International Development, after three former Prime Ministers, charities, and cross-party MPs condemned the move.

On a call with journalists today, Keir Starmer’s spokesman said the move resembled ‘rearranging the deckchairs’ to distract from huge economic and social problems in the UK.

It comes after Health Secretary Matt Hancock admitted that the merger had not been discussed in Cabinet – raising concerns over unilateral decisions taken by Johnson without any accountability.

Now pressure is growing over why the decision was pushed through this week with apparently no consultation.

Danny Sriskandarajah Oxfam GB Chief Executive, said: “It is scarcely believable that at a time when decades of progress are under threat from Covid, the Prime Minister has decided to scrap DFID, a world leader in the fight against poverty. With half a billion people at risk of being pushed into poverty the UK should be stepping up to protect lives and but is instead choosing to step back.

“This decision puts politics above the needs of the poorest people and will mean more people around the world will die unnecessarily from hunger and disease. The Foreign Office may be excellent at diplomacy but it has a patchy record of aid delivery and is not as transparent as DFID. To be a truly ‘Global Britain’ we need to do more to live up to our values, not turn our backs on them.”

It’s long been an aim of the Tory hard right to scrap DfID – with former Secretary of State for International Development Priti Patel trying to pivot the department towards profit-making ventures. In 2013, Patel was quoted by the Telegraph, saying: “A long-term strategic assessment is required, including the consideration to replace DfID with a Department for International Trade and Development.”

Chris Law MP, the SNP’s Shadow International Development spokesperson added that the move would ‘abandon those most in need around the world’: “It is extremely concerning that the move was taken unilaterally by Boris Johnson after his Health Secretary staggeringly admitted that the merger had not been discussed in Cabinet meetings.

“The Prime Minister must now come clean and set out who was involved in the decision to scrap DfID, why Cabinet and Parliament were bypassed, and what expert advice he had taken to scrap the UK’s international aid efforts which help some of the most vulnerable regions and communities – especially at a time when poorer and developing countries already burdened with hardship are having to deal with the coronavirus pandemic as well.”

On Tuesday, Christian Aid said the merger was ‘an act of political vandalism’.