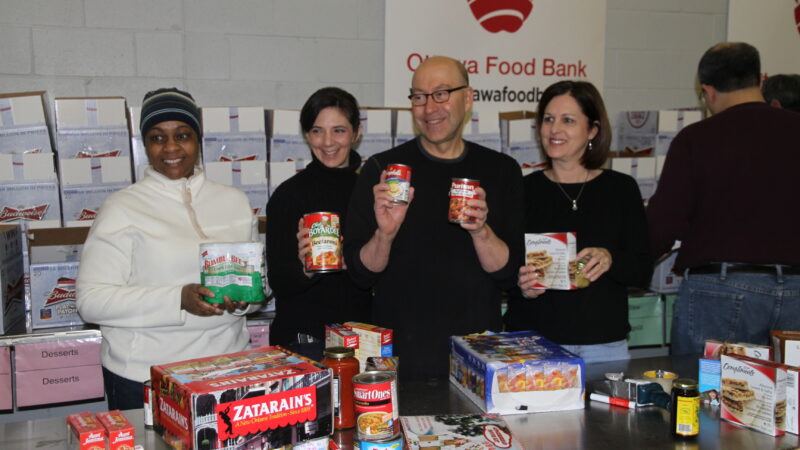 The flowering of bottom-up, community responses to coronavirus is a cause for hope, but there is also a need to maintain momentum for change and to prevent existing inequalities being further entrenched.

Those who have traditionally been most excluded should now have a direct say in the recovery effort, including how public money is spent.

There are many lessons to be learnt from the mutual aid movement, but two in particular stand out.

The first should draw attention to how the Government has failed in its primary duty, which is to protect people.

That may be obvious, as ordinary people pick up the pieces of Government failure in providing masks for the NHS and emergency food support, but is worth restating. The Conservative government must not be allowed to get away with this.

In my opinion there’s also a secondary lesson that does not depend on which party or individuals are in power – it is a deeper message about what we think of as democracy.

What this crisis has demonstrated is that grassroots, bottom-up organising can be so much more effective and so much more responsive to local needs than top-down government programmes.

That is not news to many activists and organisers, but sometimes it can be so obvious that it hides in plain sight.

The principles of spontaneous, participatory, open organising are the foundation of groups such as those closing a road to make it a play street. Currently this also includes many mutual aid networks, as well as of larger-scale, more political campaigns such as rent strikes or voluntary groups providing support for homeless people.

The difference now is that with so many people involved in mutual aid organising, and with so many having their first experience of activism, there is a much wider momentum for continuing such grassroots work, organising for the good of communities at a local level.

Similarly, there has been a groundswell of people becoming active in unions and volunteering at foodbanks or other charities. But unless those new organisers and new members continue to feel inspired and as if they can achieve something, there is a risk that engagement will drop off.

One way that people can continue to feel inspired and engaged, while simultaneously redressing the structural and political failings of the Government, at a hyper-local level, is for them to have a direct say in how their communities recover from lockdown.

In particular, that means how public money is spent locally, via what is known as “participatory budgeting”, or participatory democracy.

For example, in one of the most deprived parts of the ward I represent in Norwich, there is a playground that has been closed for years.

The people living around want to see it used, either as a community garden, or as basketball courts, but their efforts to transform the space have become stymied by bureaucracy and reallocation of budgets.

Similarly, but on a larger scale, there is the Anglia Square site, where a developer plans to build an apartment complex that would price many people out of the area.

The local organising groups that sprang up around these issues worked on the same principles as mutual aid networks – non-hierarchical, collaborative, community-focused – but they have been disempowered by the council system rather than empowered.

Giving them a direct say in spending public money for their area could enable them to achieve true community spaces that could help with a bottom-up recovery.

At the same time, it is important to ensure that this does not end up privileging the already privileged.

While a lot of grassroots organising, both before COVID-19 and during lockdown, has been based in poor and marginalised communities, it is very hard for people who may be working several jobs while also caring for loved ones, or who are digitally excluded, or physically excluded, or who have often had their voices dismissed, to have the time or the energy to scale up to the level of long debates about council budgets.

Nevertheless, there are examples of local movements leading on this from around the world.

For example, what is known as participatory budgeting – allowing people to have a direct say in setting a government’s budget, rather than that being decided by politicians – helped boost healthcare, education, housing and people’s sense of democratic involvement in Porto Alegre in Brazil in the 1990s, and is currently being practised in the city of Durham in the US.

A similar principle of decentralisation and grassroots, direct democracy is behind the “Fearless Cities” movement as evidenced in Barcelona, where people joined together to stop evictions, welcome refugees, and take control of privately-owned utilities such as water and electricity companies.

Community-based organising could also help to build the foundations for a Green New Deal.

Right now, local democracy in this country is about to undergo a massive change, but it is uncertain what the future will be.

The rise of mutual aid has brought grassroots, cooperative models to the fore as a potential way forward. Now is the time to capitalise on that and deliver a democracy that works from bottom-up, not top-down.

See also: Our covid response should be led by doctors not counter-terror experts

2 Responses to “The coronavirus recovery must be bottom-up, not top-down”