Why not let Public Health England dictate the coronavirus response? 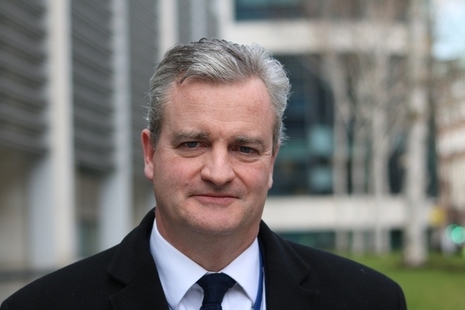 In times of crisis, the natural response of the government machine is to consolidate and expand their grip on power.

“Temporary” emergency powers are rushed through Parliament, then linger on the books for eternity.

Boris Johnson has now appointed his old school friend, a counter-terrorism official called Tom Hurd, to establish a new “Joint Biosecurity Centre” to dictate next steps on the Coronavirus response.

This echoes the post 9/11 erosion of civil liberties and marks a dramatic shift from a temporary, health-led response to the entrenchment of a shadowy, spook-led security apparatus.

This shift is unnecessary and potentially unlawful. Public Health England (PHE) was established by Parliament in the Conservatives’ Health and Social Care Act, and put in charge of crises such as this. It cannot be brushed aside on the whim of the Prime Minister.

PHE’s website says that they use “world-leading science, research, knowledge and intelligence,” to “prepare for and respond to public health emergencies.” The body has clear rules on governance, transparency, freedom of information, and ministerial responsibility.

This puts it sharply at odds with the approach favoured by our Prime Minister and his closest advisors. These men, responsible for the unlawful prorogation of Parliament less than a year ago, are now wrestling power from public health experts into a new, shadow organisation under the banner of “national security”.

Throughout this crisis, ministers have attempted to dodge responsibility by saying they were “led by the science”.

Now that some of the largest and most consequential decisions are on the horizon, ministers are trying to outsource responsibility to this strange new Biosecurity Centre, and potentially hide from scrutiny behind a veil of “national security”.

At a time that we need politicians to stand up and take responsibility for their decisions, acting on the best advice of doctors and scientists, it is a terrifying prospect that the government will instead be ceding command to a “Joint Biosecurity Centre”.

It’s disturbing enough to put Tom Hurd, who currently runs the Home Office’s Office for Security and Counter-Terrorism, in charge of our nationwide lockdown measures.

But what’s worse is the possible implications of rebranding the government’s coronavirus response as a “Joint Biosecurity Centre”.

The government uses the words “national security” as a get out of jail free card for public, media and parliamentary scrutiny; opting out of freedom of information requests and redacting vast swathes of otherwise public information.

Government lawyers can even cite “national security” in court, which are like magic words to almost completely shut down any judicial scrutiny of their actions and decisions.

This Joint Biosecurity Centre will likely be put in charge of crunching the data from the government’s coronavirus app, which is already facing huge backlash for going way beyond the acceptable levels of intrusion of our privacy necessary to trace and track the virus.

With British security services infamous for pushing the boundaries of legality on their mass surveillance of the British public, putting them in charge of handling the data hoovered up by this app is a truly dystopian prospect.

This sneaky approach risks undermining the enormous public good-will that has supported the coronavirus response so far.

The response to this health crisis should be led by doctors, scientists and other health experts, through the established public health system.

The bright light of public scrutiny has cured many poor and shaky decisions during this crisis, and will continue to do so.

We must not let No10 drag our nation’s response into the shadows with spies and the Joint Biosecurity Centre.

We must demand answers on why this is happening, and what it will mean for the ability of Parliament, the courts and the media to properly scrutinise the government’s ongoing response to Covid19.

Jenny Jones is a Green Party member of the House of Lords and a former deputy mayor of London.