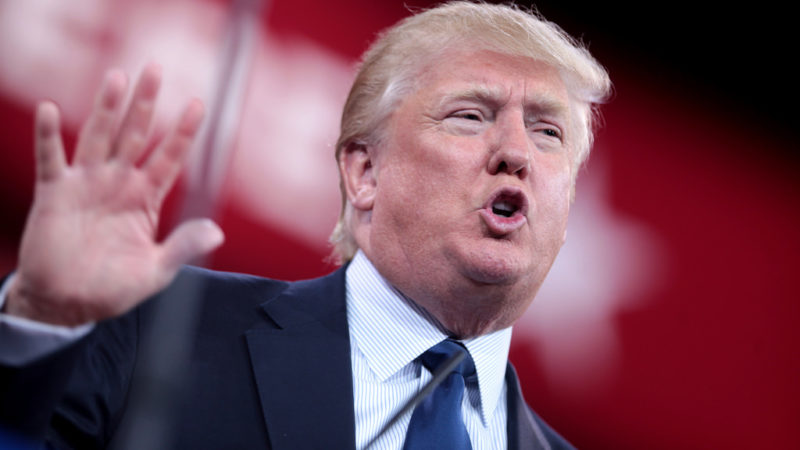 Concerns are growing over the UK-US trade talks beginning in the middle of a pandemic with ongoing EU negotiations.

The first round of talks, which is expected to last for two weeks, will take place via video conference on Tuesday.

Opposition politicians across the spectrum have raised the alarm over the possible implications on areas including workers’ rights, environmental protections and food standards.

Donald Trump, whose coronavirus response has included downplaying the pandemic and defunding the World Health Organisation, is up for reelection in November.

Labour’s Shadow International Trade Secretary Emily Thornberry said the public needed to be ‘wary’ of a President who would do anything to win reelection and a Conservative government equally set to help him.

The MP said that any trade deal needed to be subject to ‘proper scrutiny’ to avoid the interests of the British people being ‘sacrificed’ to US corporations.

She added: “That is a recipe for a trade deal designed for the benefit of the major corporations behind American industry, farming and healthcare, which will have very real implications on workers’ rights, environmental protections, the food we eat and our beloved NHS.”

Trump has previously boasted that he wasn’t interested in the NHS even if it was ‘served up on a silver platter’.

But the US may demand that the NHS raise prices on US drugs as part of any trade deal.

Following comments by Michel Bernier that the UK was ‘running down the clock’ on post-Brexit trade negotiations, the SNP has called for the government to ‘see sense’ and extend the transition period.

Mr Hosie said: “Rather than pushing ahead with parallel trade talks with the EU and the US, the UK government must see sense and seek an urgent extension to the transition period to protect jobs, businesses and people’s livelihoods.

“Businesses, key sectors, and our economy have already been dealt a hammer blow from the coronavirus crisis – attempting to pursue a race to the bottom trade deal with the US at the same time would be reckless.”

“It was always clear that the Brexit-supporting Tory ministers were using the threat of a trade deal with Trump’s USA to put pressure on EU negotiators to allow trade access for products with lower social and environmental standards.”