We have to secure the future of the care sector now, not later, writes Gill Cookson. 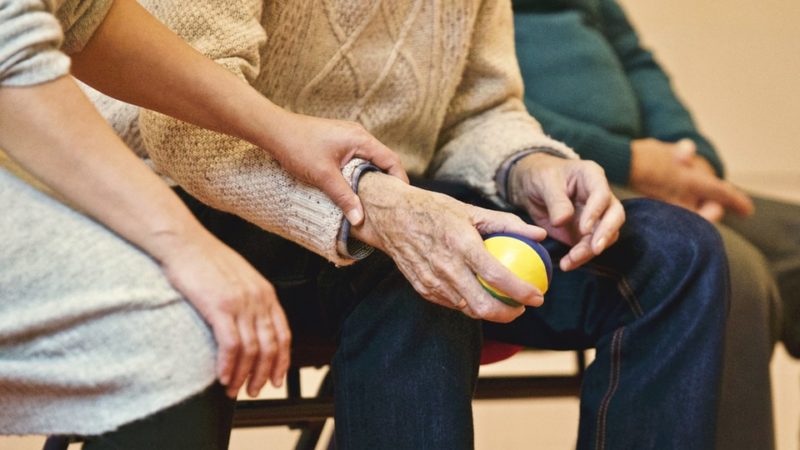 At the height of the Covid-19 emergency, the Department of Health and Social Care has launched a recruitment drive to attract more staff into adult social care.

Government is finally recognising the care sector’s deepening crisis. But it has still not fully acknowledged its own role in this.

At last the savage death toll among care home residents and workers is being recognised and published. Now that the victims are being counted, they count – and the country is horrified.

When Covid-19 was first reported at the beginning of this year, very little was known about the virus. But one thing was very evident even then: that older and frail people were uniquely vulnerable.

We need to know why that chance to act during the intervening months was lost. An opportunity to protect society’s most fragile, and reduce the risks to those who look after them, was not taken up. That there would be a disaster in the care sector, though not its precise magnitude, was entirely predictable in January.

The fact is that care homes are completely alien territory to most of us. I’d guess that – although every constituency has at least a few care facilities, and numerous residents employed locally as carers – this is not an subject to which most MPs devote much attention. Queries and complaints about the cost and availability of suitable care must pile into MP’s inboxes.

But taking a broader interest and trying to reform the collapsing system is never politically convenient. Every 21st-century government has promised to restructure social care, and then stalled over the difficulty of coming up with an acceptable financial model.

You won’t hear anyone say that they want to go into a care home. But that interim level of provision, between a home environment that has become unsafe or too difficult, and an unnecessary and inappropriate hospital stay, is vital. It turns out to be a positive move for many people and for their families. Having those facilities available is as essential as anything the NHS offers, and (as the Covid-19 experience demonstrates every day) needs to operate in close co-ordination with the NHS.

Not everyone looked after in the care system is old, or has dementia. But many residents do have some combination of these and other medical problems. The physical difficulty of managing a care home during a pandemic can only be imagined. They are not designed for total quarantine, and any change in routine unsettles residents suffering confusion.

The descent into dementia goes beyond forgetting things and failing to recognize family, and affects everyday life in every way. Looking after someone who can’t remember how to eat, to walk, to dress and wash, is hard and skilled work. Doing it with inadequate PPE, while at risk of infecting or being infected, is something else.

The DHSE’s new campaign is labelled ‘Care for others. Make a difference.’ Which is, of course, exactly what carers do, despite the dangers, difficulties, lack of job security or career progression, and appalling pay and conditions.

It’s a vocation, and many carers accept this as part of the job. Even without Covid-19 to contend with, there are constant safety issues. Carers are routinely assaulted and abused, including racially, by their clients.

We don’t know how successful the recruitment campaign will be. But it’s clear the long-term care crisis can’t be ignored any more, even while Covid-19 dominates all politics. The intractable funding issues must not be kicked further into the long grass.

There is already a staffing crisis, and post-Brexit immigration rules categorising the work as unskilled based on carers’ low pay will make this worse. Failures in the corporate section of the care system, flagged up long before Covid, show businesses protecting their investors, while residents and local authorities mop up the mess.

The Health Secretary appealed – only two months ago – for cross-party consensus on social care. The growing consensus among professionals is to break down boundaries between social care and the NHS, and stop social care being the poor relation. If some good is to come out of this national shame and tragedy, then let that be it.