It's consistently overshadowed by the NHS but it is vital. 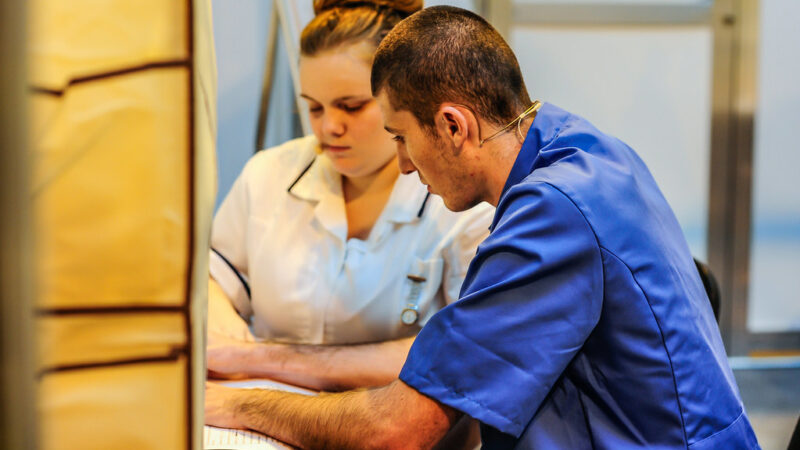 The social care sector is beyond breaking point. In the last week, Green Peer Jenny Jones has called out the scandalous lack of support for coronavirus patients in care homes, which has led to 2,000 excess deaths in a single week.

After initially being excluded from the figures, care homes now account for a third of the coronavirus death toll. But the crisis in care is not just about coronavirus deaths. The current emergency is a symptom of a decades-long neglect of social care.

My friend’s mum is a care home manager. She hasn’t been able to leave her work for nearly 4 weeks due to staff shortages, and has witnessed a dozen non-coronavirus deaths in the last few weeks.

She blames that on the fact that those staff who have kept working simply cannot give every resident the time they need. While lockdown has exacerbated the situation to an unprecedented level, lack of staff, time and funding is nothing new.

Councils and social care providers have been warning for years that they face a funding shortfall of billons of pounds on adult social care.

Last year, a report by the House of Lords Economic Committee found that nearly one and a half million older people were living with an unmet care need.

Earlier this year, research by the charity Hft, which supports vulnerable adults, found that nearly half of social care providers had had to close down parts of their service due to rising costs and insufficient funding.

Meanwhile, the majority of care work is still carried out unpaid, by friends or family members (often women) – a service which, with rising demand due to an ageing population is likely to be unsustainable for many.

While political parties have made a great show at national level of pledges for the NHS over the last few decades (at election-time, at least), they have neglected social care.

The Local Government Association, which represents councils in England, has criticised the sticking-plaster nature of social care funding.

Successive Governments have tried, inadequately, to cover up the impending collapse of the sector through occasional cash-boosts.

But they have failed to provide any long-term, guaranteed funding. Thus, the House of Lords report says that an extra £8bn is needed to properly fund social care.

In light of social care’s vital importance to so many families, and the role it can and should play in keeping people healthy and independent, saving resources for hospitals, why is there no national uproar about its desperate state, as there is about the NHS?

The media barely reports on social care, and those outlets that do tend to place it as secondary to the health service.

There’s no slogans on the side of buses advertising £350m a week for social care, no “Stay home, protect social care, save lives”.

I think there are two reasons for this. One is that social care is seen as less glamorous than the health service.

Although both the NHS and social care rely on migrant and so-called “low-skilled” labour, largely women, care workers do not have the same social status as nurses, and are often not unionised and in insecure contracts in which they cannot speak out.

Nor does the social care sector have the high-paid, politically powerful consultants the NHS does. Thus, social care does not attract public trust, media attention or TV dramas in the same way as the health service.

The other reason is that we have a National Health Service, funded by taxpayers as a universal right, but social care is privatised or, for those who have assets of less than £23,000, it is the responsibility of local councils.

This point is linked to the first, as, even though the national Government has a Department of Health and Social Care, they are not really interested in the less glamorous aspect of care and so are quite happy to leave it to local councils. And no one really cares about local councils. Furthermore, nationalising the care sector would help to make it more accountable and reduce the insecurity of care work.

It’s time we had a properly-funded, universal, free-at-the-point of delivery, National Care Service. Perhaps then we’d have a national icon like Tom Moore to speak up for social care.

Jamie Osborn is a Green Party councillor in Norwich