The threat of 'no deal' has not gone away. 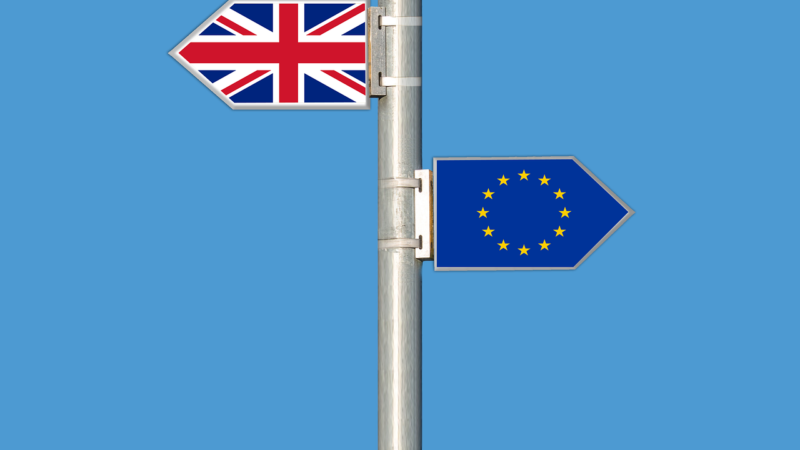 While the world scrambles to deal with the COVID-19 pandemic, the UK government has made the surprising decision to continue trade talks with the EU this week, and insists it will still end the post-Brexit transition period in December this year.

The UK and EU remain miles apart as to what the future relationship should look like. This puts us at risk of a disruptive ‘no deal’, where the introduction of tariffs and extensive border checks would add to the supply issues caused by the pandemic.

If a deal is to be somehow concluded in time, negotiators will need to give serious thought as to what the world might look like after this crisis. In particular, the public’s veneration of the NHS is likely to be stronger than ever, and public health protection is likely to be very high on the popular agenda. The model for future EU-UK trade put forward by the UK government in February looks increasingly inadequate in light of these shifting priorities.

Despite repeated government claims that the NHS is ‘not on the table in trade deals’, the government’s proposal actually fails to fully protect the NHS from trade pressures, which would end a long exemption in EU law that has exempted healthcare from forced liberalisation. Social care, utilities and other public services are also not exempt, potentially allowing the UK’s decades of privatisation to be locked in place through trade law.

Health, social and environmental standards fare no better. The government’s stated priority for public regulation is not that it protects our health, rights or environment but rather that it be ‘not more trade-restrictive than necessary’. They refuse to guarantee basic minimum standards through a ‘level playing field’, leaving room to adopt riskier approaches in medicines, food and farming regulation and lower standards in air and water quality.

If – as it implies – this leads to significant divergence from EU standards, goods would have to be heavily checked when crossing borders. This could seriously interrupt supply chains and lead to wastage of some goods such as perishable medicine components or fresh food. In a world already struggling with shortages, the prospect of lorry-loads of essentials held up or even rotting at the ports is hard to stomach.

Luckily, it’s not too late for the government to change tack. The model trade and regulatory deals that the Trade Justice Movement published last week present a real alternative that places public health and the secure supply of goods as top priorities.

In this model, tariff-free trade between the EU and UK would continue. A strong and dynamic ‘level playing field’ would also ensure that the UK keeps up vital minimum standards and can therefore avoid extensive border friction with the EU. Medicines, food and other goods could continue to flow freely across the channel, helping to get vital products to where they are needed.

The level playing field would also extend to public health, social and environmental regulation, thereby fixing minimum standards in international law. This would ensure, for instance, that the UK maintains decent air quality – an area where the UK has resisted taking action except when pressured by the EU. High standards in these areas can have a real impact on public health, with researchers recently finding a link between air pollution and COVID-19 deaths.

The model deals also prioritise protection of the health service, by completely exempting it, along with social care and all other public services, from the requirements of the trade deal. This would allow hospitals and care homes to focus on care rather than trade obligations, and ensure that they can reverse privatisation where this would improve outcomes. This could be vital in areas such as hospital cleaning, where outsourcing has led to 50% higher rates of MRSA cross-infection. It is crucial that such problems don’t get locked in place through our new trade treaty with the EU.

Making trade policy during a crisis is deeply challenging, leading to widespread calls for these talks to be paused. However, if the government is determined to press on, they must adapt to our changing circumstances and push for a future relationship that will benefit people in Britain. Right now, we need access to medicines, secure food supplies, and support for our health and health service. The government’s position in trade negotiations should reflect these urgent priorities.

Laura Bannister is a Senior Advisor for EU-UK Trade at the Trade Justice Movement, a network of nearly sixty civil society organisations campaigning for trade rules that work for people and planet.