Corporate-led trade deals put us all in danger when it comes to tacking future health crises, writes Caroline Lucas MP. 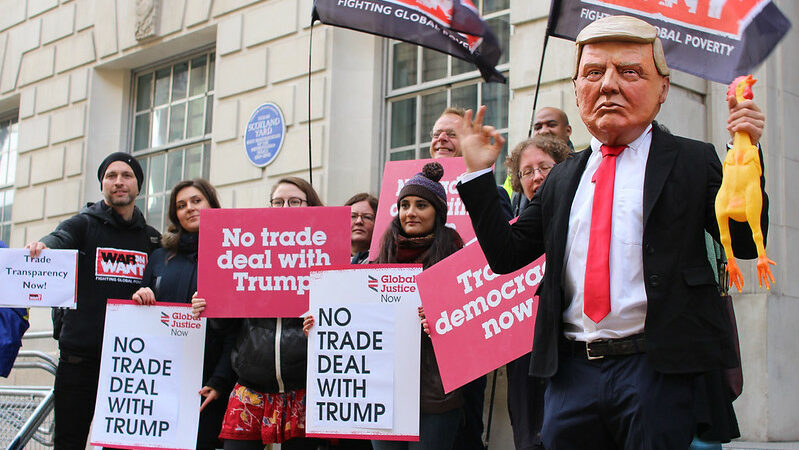 We are at the beginning of the health emergency. Although it’s predicted that the overwhelming majority of people who contract it will have only mild symptoms, it’s inevitable that there will be huge pressure on our NHS.

Key to controlling the virus’ spread inside hospitals is disinfecting and cleaning.  And that is why the creeping privatisation of the NHS poses a potential risk to our ability to handle disease outbreaks like this.

There is plenty of evidence that the outsourcing of hospital cleaning to private contractors is bad for our health. Cases of MRSA are nearly 50% higher in hospitals that have contracted out their cleaning, while a recent major study concluded that, “Hospitals contracting out cleaning services had worse health‐care outcomes as measured by hospital‐acquired infections.”

When we are hit by major public health emergencies like the coronavirus outbreak, we need to be sure that we have the best systems in place so to ensure we can respond appropriately. And the evidence is that private provision of auxiliary services such as cleaning is not the right approach.

The document states: “The services the NHS provides will not be on the table.” Services like cleaning, which have already been outsourced to private companies are not provided by the NHS, according to the technical definitions contained in trade deals. So unless the Government provides further clarification they are still on the table.

This may not matter for our response to the coronavirus as it will be some months before a trade deal is signed with the US, but it could be critical for how we respond to any future public health emergency.

The trade rules covering non-public services usually make it very difficult for governments to bring them back into public ownership. ‘Standstill’ and ‘ratchet’ clauses commit governments to maintaining the level of privatisation and liberalisation at the time the trade deal is concluded. Investor-to-State Dispute Settlement (ISDS), if included in an investment chapter, could give US companies the right to sue our government directly if a policy change – such as the reestablishment of public, NHS-provided hospital cleaning – caused them a loss of profits.

These concerns are not hypothetical: companies have already shown themselves willing and able to punish governments for these kinds of changes. In 2007, Slovakia was forced to pay a private health insurer €22 million in compensation after it reversed privatisation measures put in place three years earlier, following an ISDS case brought by a healthcare firm. Other cases have seen governments hit with compensation claims for affordable medicines measures and for putting health warnings on cigarettes.

As we face the spread of coronavirus, the US trade deal may be the last thing on our minds. Yet amid the urgent work to keep the outbreak in check, we should also look to the future and consider how the broader policy environment will ultimately affect our health.

The UK is making trade deals right now which could tie our hands for decades to come. It is vital that we push back on harmful provisions in UK trade policy, to ensure we have the best possible provisions in place to protect our health and the NHS.

Caroline Lucas is MP for Brighton Pavilion and former leader of the Green Party.

3 Responses to “Caroline Lucas: Coronavirus – and why we should all be worried about the US trade deal”