The checks lead landlords to disciminate against people who seem 'foreign'. 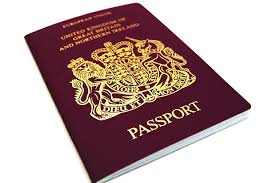 A second senior court has ruled that the ‘right to rent’ checks introduced as part of Theresa May’s ‘hostile environment’ lead to racial discrimination, by making landlords less keen to rent to people without British passports and names.

May’s 2014 Immigration Act meant that landlords could be severely punished for renting their properties out to people who don’t have the right to live in the UK.

Fear of breaking these rules meant many of them would rather rent to people with typically British accents and names. Many also now discriminate againt British citzens who, for various reasons, don’t have British passports.

As Lord Justice Hickinbottom put it: “As a result of the Scheme, some landlords do discriminate against potential tenants who do not have British passports and those who do not have ethnically-British attributes.”

This conclusion is unavoidable when you look at the evidence of repeated surveys of landlords, including two by the RLA, the landlords own trade association.

These surveys repeatedly found about a third of landlords admitted to discriminating against those without British passports or those who seemed like immigrants (accent, name, skin colour).

In Fact, according to Hickinbottom’s court judgement, Theresa May herself was aware of the likelihood that her ‘right to rent’ scheme would lead to racial discrimination.

The consultation on the bill told her so and she admitted it was a risk in the bill’s impact assesment. Yet she went ahead with it anyway, judging racial discrimination a price worth paying to make life harder for irregular migrants.

And that seems to be a view shared by Lord Justice Hickinbottom too. Although he accepts the scheme led to ethnic discrimination, he then added: “The nature and level of discrimination must be kept in perspective”.

So it’s racist but not that racist. And not racist enough, Lord Hickinbottom rules, to breach the European Convention on Human Rights Article 14 – the right not to be discrimiated against, including by ethnicity.

So Hickinbottom rules that the ‘right to rent’ checks are not unlawful and so can legally continue. The Joint Council for the Welfare of Immigrants will challenge this ruling but, while the legal debate rumbles on, the moral case is clear. These checks lead to racial discrimination and racial discrimination must be stamped out of our society.

Boris Johnson has often claimed that he’s not a racist despite his use of racist language in the past. Now the courts have again ruled government policy racist, will he reverse that it or allow it to continue?

2 Responses to “Will government keep ‘right to rent’ checks after judges rule them racist?”