“Some days going into work I could easily break down and cry." 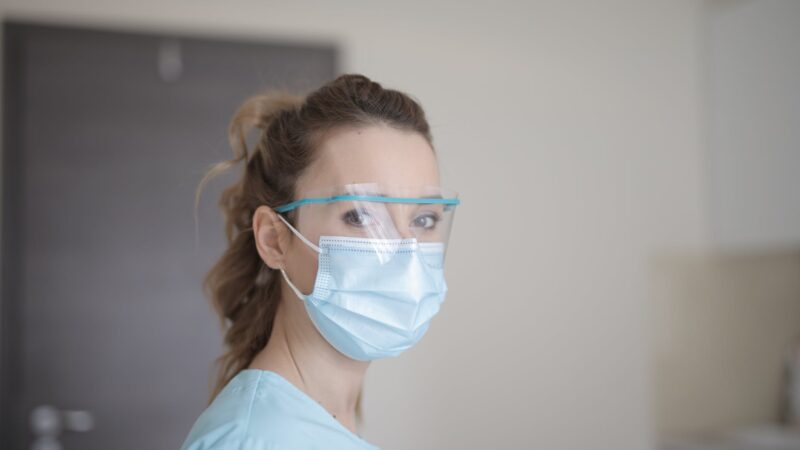 Almost three quarters of care workers think they will lose colleagues to coronavirus, polling for the GMB union shows.

The survey, conducted by Survation on behalf of GMB for ITV, shows 71% of respondents thought it was likely cares would die after catching the virus at work.

And five out of six (86%) were worried they will pass Coronavirus on to their family or household. The survey of more than 2,200 care workers also shows that one in five care home workers said they had considered quitting over the lack of Personal Protective Equipment in their workplace. Many care staff (44%) say they still don’t have adequate PPE.

It comes as Left Foot Forward publishes testimony from care workers, gathered by the trade union Unison, which shows the scale of fear among workers who lack PPE.

One care worker responded to Unison’s PPE survey: “I’m petrified every time I go to work. We’ve already had one confirmed case and death from the virus. My son is so worried about me he’s offered to pay my wages for three months so I don’t have to go to work.”

In evidence given to the union earlier this month, another care worker said: “Last week there weren’t enough masks so I had to go into different residents’ rooms with the same mask on.

“My husband has a heart condition and all my siblings have underlying health issues. I’m scared I’m going to pass something to one of them and they could end up dying. But the company just doesn’t care.”

Another told Unison: “Our PPE is being kept in the office and we’re told that we’re not allowed to wear anything other than what we usually wear – that’s gloves during personal care – as they think it will frighten the people we support. If we feel someone has symptoms then someone will bring some from the office.”

Others said the crisis was taking a heavy emotional toll: “Some days going into work I could easily break down and cry as I’m worried not only for my own health but for those that we support. We’ve already had staff off sick with symptoms of Coronavirus.”

“Care workers are expected to keep our loved ones safe with inadequate protection, poverty wages and a pittance in sick pay if they get ill. They’re terrified – not just for themselves, but for the people they look after and their families at home.

“This isn’t just about money – care workers are so committed to the people they care for. But you have to ask yourself if you’d risk your life and the lives of your family for less than £9 an hour, some on no sick pay and not even the basic equipment to keep you safe – because that’s what we’re asking care workers to do right now.

“Our care workers are fighting a war against this pandemic – that’s why GMB is calling for an active service payment and sick pay to be paid at the National Living Wage for all care workers.”

IPPR analysis of Office for National Statistics figures in 2018 showed that nearly half (43.4 per cent) of all jobs in social care paid below the real living wage, nearly double the rate of the economy as a whole.

Unions are asking the government to give formal backing to a minute’s silence next on Workers’ Memorial Day next Tuesday – to remember all health, care and other key workers who have lost their lives to coronavirus.

One Response to “REVEALED: Care staff explain how they’re terrified at work over lack of PPE”