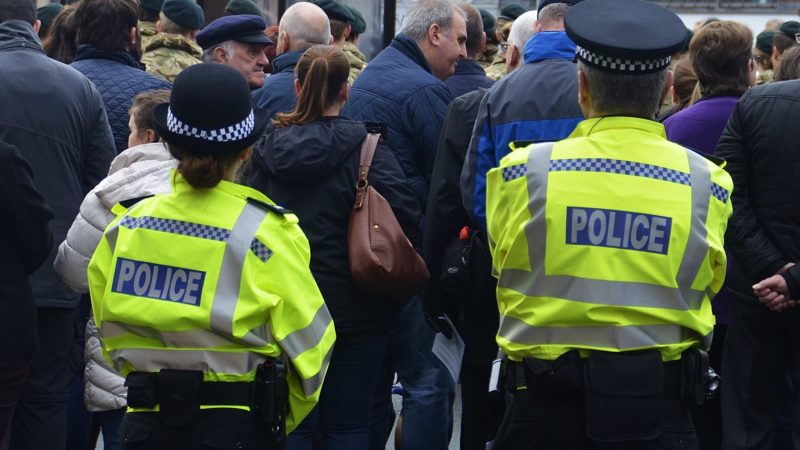 As a child growing up in the 1950’s, I was taught to trust the police, so it was a shock and with huge disappointment that I learned in adulthood than some officers really can’t be relied on.

Therefore the excitable giddiness with which police are harassing members of the public, recording people going for walks in the Yorkshire Dales, and commiting the environmental vandalism of dyeing a lagoon so that locals can’t swim in it, has been no surprise to me.

However, those actions should cause concern for everyone regardless of political outlook. This month the government legislated for unprecedented legal powers and restrictions of our individual liberties in order to protect our collective health, but some police forces and even local authorities are trying to go beyond these laws and impose much tougher restrictions.

The root of the issue seems to be that police have misinterpreted the law and believe that we are now ruled by government decree.

The idea that the law is not that which is written down in legislation, but that which the Prime Minister said in a press conference, goes against every principle of the rule of law and parliamentary sovereignty that the UK constitution is based upon.

Our laws are made by Parliament, where MPs and Peers pass Acts of Parliament, as we did with the Coronavirus Act (2020). Parliament can also allow government ministers to create secondary legislation, which is still subject to scrutiny and votes by Parliament, as is the case with the Health Protection (Coronavirus) Regulations (2020), based on powers granted by Parliament in the Public Health (Control of Disease) Act (1984).

Much of the confusion has arisen from conflicts between what the government has stated in their public communications, and what has actually been implemented in legislation.

For example, the government’s own legislation allows people to leave the house to exercise, without setting any restriction on how much or how often, but the government’s communications have said that people are only allowed to exercise once per day.

What we see right now is a number of police forces and local authorities getting completely muddled about what is the law, what is guidance, and what is simply the words of the Prime Minister.

Let it be clear, for anyone who is unsure: the words of the government ministers have no legal force. A country whose law is decided by the words of its leader is a dictatorship. To those police forces who are confused, please read the coronavirus legislation, and carry it with you.

If you are trying to tell people that they must do something, or cannot do something, then that must be based on the legislation that is in force. If your only basis is that “the government said it” then you are acting beyond your powers, giving unlawful instructions, and undermining our democracy. This is such simple, first principles stuff, but it seems it needs to be said.

At a time when Parliament and the public have been so accommodating of these huge curtailments of individual liberties, it is deeply unfortunate that police are trying to go further still.

The old adages of the “slippery slope” and “give them an inch, and they will take a mile” are being made true by this behaviour. Just as the public are doing their best and making huge sacrifices in the global effort against this virus, the police must restrict their authoritarian instincts and remember that they are there to protect the public and enforce the law that has been set by Parliament.

Jenny Jones is a Green member of the House of Lords and a former deputy chair of London’s police and crime committee.

One Response to “Jenny Jones: Police must respect the rule of law in this lockdown”