Governments have prioritised military spending over preparing for pandemics - and we're all paying the price. 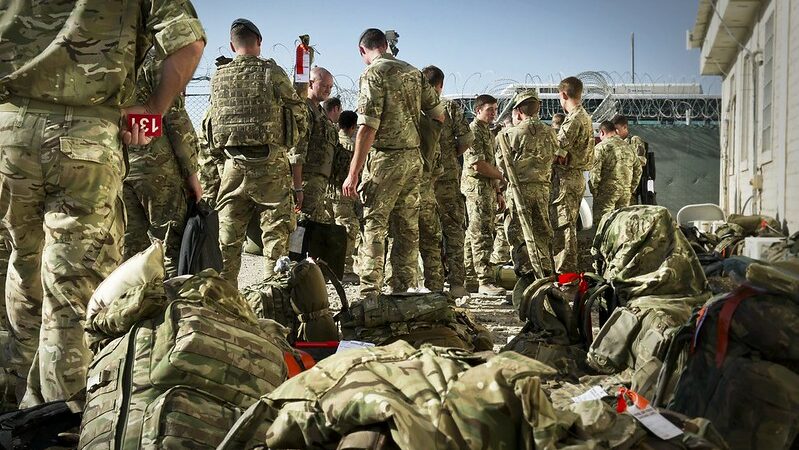 The government have announced that an additional 10,000 troops are on standby to help with the coronavirus pandemic. 150 soldiers are being trained to drive oxygen tanks to assist the NHS and military scientists are being sent to work on the virus.

Much of this is welcome at a time when we need all the help we can get. Military personnel can help with tasks such as delivering supplies. This is very different from absurd suggestions in the Daily Mail that they should be used to guard supermarkets.

The “Defence” Secretary, Ben Wallace, said: “The entirety of the Ministry of Defence and the armed forces are dedicated to getting the nation through this global pandemic”.

This is simply not true. While some troops will be driving oxygen tanks, other UK troops are about to take part in a large-scale NATO training exercise across several European countries, called Defender 20. It is one of the only major events not to have been cancelled due to coronavirus.

Not only is this sort of event a risk factor in spreading the virus, it also takes up people and money that could be used to tackle the pandemic and thus really help to make us safer. The NATO training exercise, part of an ongoing process by which NATO and Russian forces stir up military tension against each other, will not make anyone safer.

The UK government maintains the seventh highest military budget in the world. This is often justified on the grounds of “security”. But bombs cannot defend us from COVID 19, nor missiles make people secure as they loose their jobs. At the Peace Pledge Union, we have long maintained that a crisis caused by a pandemic or climate change is more likely than an invasion or military threat. What is really bizarre is that the government’s own researchers have recognised this.

Less than two years ago, the government’s National Security Capability Review listed major outbreaks of disease as one of the most likely threats facing the UK. The threat of pandemics was also identified by the government’s Strategic Defence and Security Reviews in 2010 and 2015.

The government’s National Risk Register of Civil Emergencies has been listing epidemics and pandemics as major possibilities for over a decade. In 2017, the Risk Register stated there was a “high probability” of a pandemic occurring (although it was considered most likely that it would be a new strain of flu).

The Register spoke of the possibility of “up to 50% of the UK population experiencing symptoms, potentially leading to between 20,000 and 750,000 fatalities and high levels of absence from work”.

This statement was followed by very little detail about what was being done about this threat, apart from vague references to parts of government working on the possibilities and sharing information.

Successive governments have preferred to invest in armed force, playing with public safety while appearing tough on the world stage. The only thing protected by high military spending is the profits of arms dealers.

As Ceri Dare, a Public Health Researcher who is a member of the Peace Pledge Union, puts it: “We could be facing this crisis, which the government’s own assessments told us was coming, with the weapons we truly needed to win: a resilient NHS, local councils funded to fulfil their responsibilities in Public Health, Social Care for disabled and older people.

“We could have had a society where the people who make our lives possible, the cleaners, the shelf-stackers, the waste collectors, the social care workers, the delivery drivers, were paid and respected for the vital work they do. Instead of this, we are armed only with the useless weapons of war.”

There is still time to divert military budgets to the NHS and social care, to initiatives to assist people who are losing their jobs or struggling to pay the rent or to support people whose mental health is affected by isolation.

The first step must be to immediately scrap any involvement in the NATO exercise and devote the money and people involved to helping with the crisis.

This should mark the beginning of a permanent shift of funding away from armed force and towards measures that really make people safe, tackling problems such as ill-health, poverty and climate change.

We all need to support each other at this time. It is time to return concepts such as “defence” and “security” to their real, fuller meanings rather than using them as euphemisms for war and armed force. You can’t nuke a virus.