The moratorium on wind and solar energy will hopefully be reversed 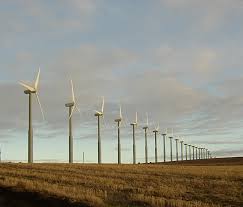 The government will reportedly reverse its moratorium on onshore wind energy after business and industry groups pile on the pressure.

It’s an important change since onshore wind provides the most cost-effective and readily available source of renewable energy in the UK.

This move comes after the Electrical Contractors’ Association (ECA) took action to reverse what PM David Cameron brought in back in 2014. He banned Pot 1 technologies, including onshore wind and solar projects, from competing for contracts.

Thanks to the ECA’s letter to the Minister of State for Business, Energy and Clean Growth, Kwasi Kwarteng, the government is now set to end its moratorium on onshore wind generation.

Their letter also called for equality in the funding and planning regime for onshore wind.

It’s a change many will hope can happen fast, since the strike price for onshore wind generation is less than half the cost of nuclear power.

So four years after the government ended subsidies for onshore wind development, new onshore wind and solar panel projects will again be allowed to compete in the next round of government-backed auctions.

Known as Contracts for Difference, the onshore wind and solar energy will be competing against other renewable energy technologies in the auctions.

“It is pleasing to see that ECA’s sustained calls in recent months to open Government funding back up to onshore and solar have not fallen on deaf ears. This development is a big deal – we really do need to use every option at our disposal to meet our ambitious climate change goals.”

“This is likely to deliver net savings for billpayers, and net benefits for the environment, although the devil will be in the detail.“

The exact funding that will be available through the auction has not yet been announced yet but the government believe it will be cost-saving for bill-payers.