The Mayor is pretending he doesn’t understand the voting system that got him elected, argues Green peer Jenny Jones. 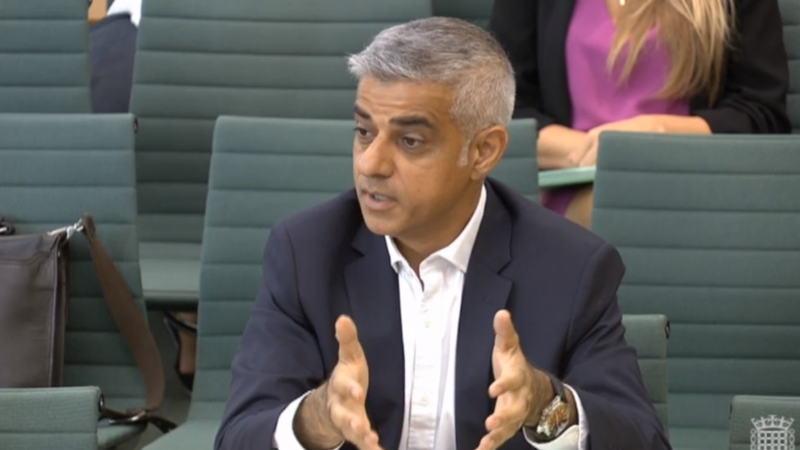 Sadiq Khan has spent the last week repeatedly tweeting about the Mayoral contest being a two-horse race – as if it were a regular First Past the Post election. Well, it isn’t.

That is why he is desperate to boost the credentials of a Conservative Party candidate who is struggling in the polls on 23%: Sadiq needs the Conservatives to get into the final run-off and compete for the second preference votes of Londoners.

Sadiq ‘love bombed’ Lib Dem voters on February 14th and launched a £50m New Green Deal in the hope that Green Party voters will ‘lend him’ their votes. However, the reality of the electoral system is that Greens, or Lib Dem voters, can relax and vote for their preferred candidate, safe in knowing that if they don’t have enough backing, their second preference will be used instead. This vital second preference gives Londoners the chance to think about who might win through to the top two spots and vote to keep out the one they really don’t want.

Of course Labour understand the electoral system and of course, they don’t want to draw attention to it.  After all, it is the same electoral system that allowed Ken Livingstone to break through as an independent in 2000. Ironically, the last thing that Labour needs is for the Conservative vote to weaken any further. If it starts to shift, as it did in 2000, then Londoners might abandon the traditional tribal politics of a two-horse race and decide to vote for what they want, rather than against what they don’t want.

London has swung progressively leftwards in the last thirty years, with the Conservative vote falling to under a third at the recent General Election. The early polls appear encouraging for Sadiq on 45% and the targeting of his social media campaign is a recognition that the only potential threat comes from a situation where the Greens or Lib Dems beat the Conservatives into third place. Which will give them the chance of picking up the second preference votes needed to beat Sadiq.

Sian Berry got the highest number of second preference votes of any candidate when she stood for Mayor in 2016, which makes her the most obvious threat. The Green candidate, including myself in 2012, has been third in the last two elections, while the Lib Dems have struggled since their betrayal of election promises during the coalition government.

Sadiq’s record on the environment is tarnished by the huge amount of money he is spending on building a big new road through east London. The Silvertown Tunnel aims to increase capacity at the Blackwall Tunnel for lorry traffic going across the Thames. It is a project inherited from Boris Johnson which will increase traffic and pollution in one of the poorest parts of the capital. Any Mayor who genuinely accepted the reality of our climate emergency would have dropped it ages ago. Instead, Sadiq has cancelled the building of a pedestrian and cycling bridge across the Thames at Rotherhithe.

Key changes that Sadiq could have made to help the environment have not been made. For example, Transport for London is one of the biggest electricity using companies in the UK but only 0.01% of its electricity comes from renewables. So that is 0.01% of the electricity to run the tube and trains, plus the new electric buses and all the offices its staff work in.

Sad to say, Sadiq is also falling short on air pollution. The Ultra-Low Emission Zone is meant to clean up London’s air, but it must deliver for all Londoners, not just those within inner London. The scheme simply isn’t big enough or tough enough.

As much as Sadiq wants to be seen as a good option for green voters he is not convincing. His remarks about calling a halt to the Extinction Rebellion protests so London could get back to ‘business as usual’ made him seem part of the complacent establishment that doesn’t get the climate emergency.

By contrast, Sian Berry has both the experience to understand the detail of the changes needed, and the vision to see the scale of those changes. If she gets enough first preference votes to reach one of the top two places, then those second preference votes become all important in the final round.

2 Responses to “Greens: Sadiq Khan is misleading voters over how the London Mayoral election works”