The Greens stand ready to work as part of a truly progressive alliance. Image credit: LabourList 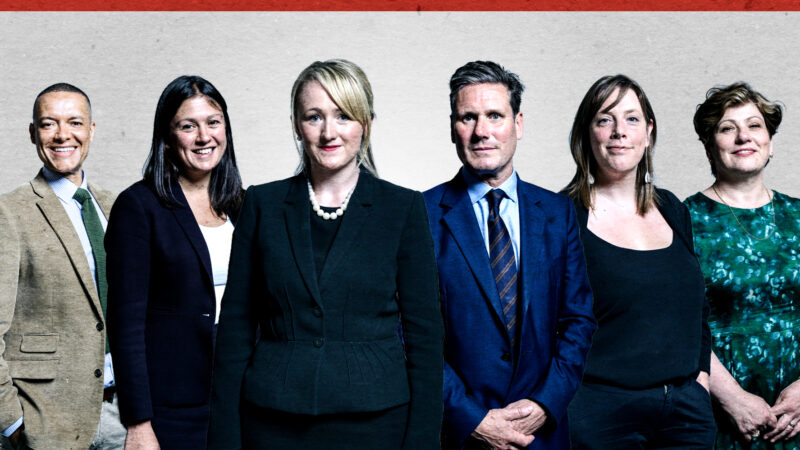 The starting gun has been fired, and six candidates will now try to convince fellow MPs, unions and party members that they are best placed to effectively oppose the Johnson government and lead the Labour Party to electoral victory.

But before any of them get anywhere near the seat of power they will need not only to persuade the public but end tribal politics, embrace cooperative working and back a fair and proportional electoral system.

Our iniquitous first-past-the-post electoral system has delivered yet another election result where most votes were wasted and mass tactical voting concealed most people’s true preference. Although those who voted for non-Tory parties formed the majority, they were the losers.

Comparing vote share and seats won brings home the scale of the injustice inherent in our electoral system. The Tory vote grew by just 1.2% compared to their 2017 result but they gained 48 extra seats.

Meanwhile, the Green vote increased by 65% –  the largest increase of any party – but no extra seats were won. This means close to a million votes elected just one Green MP, while on average only 38,000 votes were needed to elect each Tory MP. Also worthy of note is the fact the SNP won 48 seats with just 1% more of the national vote than the Greens.

All democratic systems create advantages and disadvantages, but in few other countries does the electoral system ensure that most voters are not represented.

This is nothing new. Conservative and Labour politicians have been exploiting our majoritarian electoral system for decades. But in 2019 this system began to backfire on Labour, where the party required 51,000 votes per MP elected.

This, and the fact that this was the fourth loss for Labour, must be a rude wakeup call. Labour have become gradually weaker since Tony Blair’s triumphant election victory in 1997.

So how did Labour manage to buck the electoral system that time?

There was considerable policy discussion between Blair and Paddy Ashdown, who was leader of the Liberal Democrats at the time. Strategic cooperation enabled the Lib Dems to take seats that could never be won by Labour – especially in the South West, while Lib Dem voters were encouraged to vote tactically for Labour elsewhere.

The key prize was constitutional reform, but Labour’s manifesto promise, to switch to a fair voting system, was delegated to the Jenkins Commission that was then ignored. Meanwhile, Labour folklorists painted this election as a triumphant lone victory.

As the third party, the Liberal Democrats have had to go through extraordinary contortions to gain a sniff of power. The story here is again a response to the electoral system, with the party surging in support under Clegg in 2010 but destined not to achieve the share of seats their electoral support merited. So they were forced to deal with the Tories from a position of weakness and caved on both tuition fees and a shift to PR, settling instead for a referendum on a non-proportional system that was then lost.

In 2017, Greens worked hard to achieve electoral cooperation, standing aside in some seats and dialling down our campaigns where Labour were vulnerable. Although this helped to undermine the Tory majority it was a kamikaze strategy for the party: we lost half our votes and faced mockery from Labour activists.

Unite to Remain – an electoral agreement in 2019 between the Greens, the Liberal Democrats and Plaid Cymru – was similarly shunned by Labour, who continued campaigning in seats like Cheltenham where a Liberal Democrat victory would otherwise have been achievable.

For those of us who were trying so desperately to persuade Labour to cooperate in this most vital general election, it was deeply disappointing that they preferred to buy into the delusion that somehow they could win and win alone if they just believed hard enough. Narratives matter in politics; but hard facts matter more. And the hardest fact is that it is a very long time since Labour won an election without support from other parties.

No electoral system is perfect, but the UK is unusual in accepting a system designed to create an unrepresentative outcome. In our so-called democracy it is not any party; any group of voters or special interest that dominates, but first past the post itself.

The UK has suffered distorted electoral outcomes for too long. We desperately need all six Labour leadership candidates to embrace a system that genuinely facilitates democratic choices. And cooperating with other progressive parties to ensure this happens will be vital if Labour is ever to have a chance of taking back control from the Tories.

Molly Scott Cato is Green MEP for the South West of England.

32 Responses to “Westminster’s political system pits progressives against each other. Labour’s next leader must back an electoral overhaul”