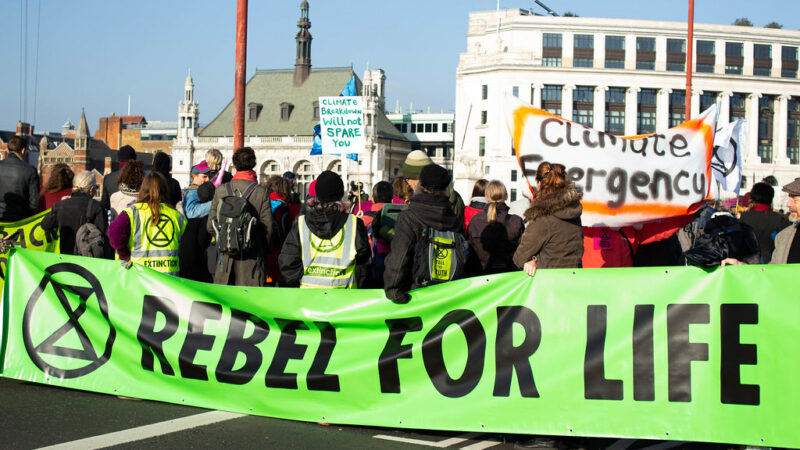 An Extinction Rebellion activist claims that, on sentencing him and his fellow protesters, a district judge told them “you have to succeed!”

Professor Colin Davis is a Bristol University psychologist and was arrested in April 2019 for breaching a Section 14 notice by taking part in Extinction Rebellion protests.in Oxford Circus.

The Crown Prosecution Service decided to charge him and five others and they appeared before deputy district judge Noble.

According to Davis, all six argued that they breached the notice out of necessity to stop a greater crime.

Despite Noble’s judgement though, which was based purely on the law, Davis said Noble was extremely sympathetic to the defendants and their cause and had a tear in his eye after one witness statement.

No media were present at the sentencing and recording is not allowed but Davis said that a friend of one of the defendants in the public gallery made notes of Noble’s sentencing remarks.

According to these notes, Noble said: “This is going to be my last Extinction Rebellion trial for a little while. I think they only allow us to do so many of these before our sympathies start to overwhelm us.”

“When I started, I was fully expecting to see the usual crowd of anarchists and communists, and all the dreadful things the Daily Mail say you are.”

A different group of Extinction Rebellion defendants this week gained the support of Professor Sir David King, who was formerly the government’s chief scientific adviser and special representative for climate change.

King was due to be a defence witness at these defendants’ trial for disrupting City Airport but, as a key prosecution witness was on holiday, the case collapsed before he could give a statement.