Landlords will still be able to ban pets. 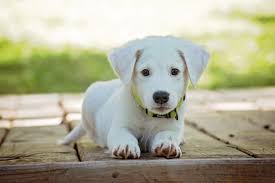 Across the UK, hundreds of thousands of landlords are forcing tenants to give up their pets in order to find somewhere to live.

According to the Dogs Trust, 78% of pet owners have experienced difficulty in finding accomodation that accepts pets.

While the Tories ignored this problem in their last manifesto, Labour promised to address it, stating: “We would consult with tenants and both social and private landlords so that tenants can keep pets as a default unless there is evidence that the animal is causing a nuisance, or its welfare is compromised.”

As Labour lost the election, they aren’t able to implement the policy but the Tories have taken up the issue…and then come up with a solution so weak it’s meaningless so as not to inconvenience landlords.

The government will alter the ‘Model Tenancy Agreement’, which is a template designed to be used by landlords for their contracts with tenants, so that it allows pets.

This got an uncritical ‘exclusive’ write-up by the Sun’s political editor Tom Newton Dunn and has now been shared over 13,000 times on Facebook with the majority of the comments positive.

The only problem is that changing the Model Tenancy Agreement is pointless – hardly any landlords use it. Even if they do, they can just change the bit about pets. Also, there’s no definition of what a “well-behaved pet” is.

So it’s not a “diktat”, as Tom Newton Dunn claims, it’s at best a tentative suggestion. Dunn has history for this kind of inaccuracy. He recently published a far-right conspiracy theory and deleted it without acknowledging his mistake.

Dunn does go on to point out the action is not legally binding, contradicting his earlier “diktat” claim, but says housing minister Robert Jenrick “has not ruled out” making it so. Around a quarter of Tory MPs at the last parliament were landlords themselves so this is unlikely to happen.

7 Responses to “Don’t believe the hype, the Tories are not making landlords accept pets”