There's less hospital beds and more people needing them - so kids are sleeping on the floor. 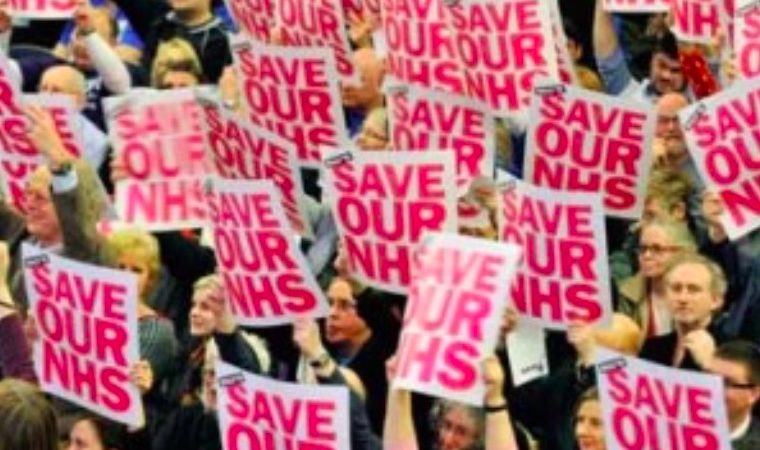 The events of the last two days show us a lot about the state of our NHS, political journalism and the Conservative Party.

On Monday, a local journalist called Dan Sheridan published an article about a four-year old sleeping on the floor of Leeds General Infirmiary due to a lack of beds.

In it, the child’s mum explains: “The NHS is in crisis. We went in an ambulance from our GP as the doctor suspected he was suffering from pneumonia.

“We bypassed A&E on the way in but it was so busy. There are just not enough beds. A doctor rushed in and said he needed the bed. We were taken out of that room and placed in another room which had no bed to lie in. My son was forced to sleep on the floor.”

The story made the front page of the Daily Mirror.

The next day, another local journalist – this time with ITV Calendar – followed up on the story, asking Johnson to look at the photo of the child.

Johnson’s reaction was bizarre. He repeatedly refused and then grabbed the journalist’s phone. As the two videos below show, he’s acted in bizarre and agressive manner on camera before – what is he like off camera?

Seeming not to care about a sick child a few days before an election campaign in which the NHS has been the Tories’ major weakness – the spin doctors must have been spooked.

They seem to have reacted in two ways. First, Johnson went off his “Get Brexit Done” script and said something newsworthy. He told a rally in Sunderland that the BBC license fee should be looked into and that (on not having local candidates) “it would not be fair to discriminate against people on the basis of where they come from”. Both these statements drew news attention away from the ITV interview.

Secondly, the Tories sent Health Secretary Matt Hancock to the Leeds hospital the sick boy was treated at. On leaving, Hancock was heckled by a handful of protestors and anonymous Tory sources saw an opportunity – telling several senior journalists that the Labour Party had paid for protesters to arrive in taxis and one of them had punched Hancock’s adviser.

These journalists – including the BBC’s Laura Kuenssberg, ITV’s Robert Peston and Paul Brand – reported this claim as fact without checking it.

Thankfully, the lie was exposed as someone had filmed the heckling – although Laura Kuenssberg still claimed it was a “grim encounter” before later apologising.

This begs the question – what else have Tory sources been lying about and why are the nation’s ‘top’ political reporters regurgitating it without checking it’s true?

This whole affair is a damning indictment of the Tory party and lobby journalists. This needs further debate after the election but, for now, it shouldn’t be allowed to take attention away from the crisis in the NHS.

Jack Willament was sleeping on the floor because there aren’t enough beds. As Full Fact said in 2017: “The number of hospital beds in England is falling. They’re more and more likely to be occupied overnight, leaving less slack in the system to cope with surges in demand.”

Not only is the number of hospital beds falling but, with an ageing population, the number of people who need them is rising. This is exacerbated by failures in our social care system.

This is why, according to the King’s Fund think tank, in 2017: “Bed-occupancy levels in hospitals have risen to new highs in the past few years”.

This is likely to get worse if the Tories win as their manifesto commitment is not sufficient to overcome the NHS problems.

Johnson has said their NHS investment will be the “largest in modern memory”. It won’t be. It will be a 3.2% real-terms annual increase by 2023 – much less than the 6% average New Labour annual increase between 1997 and 2010.

Labour promises more than the Tories – a 4.3% annual increase. Labour are also offering free social care for older people, helping to free up beds while the Tories have barely any social care policy beyond working with other parties on the issue after the election..