A hard Brexit will exacerbate tensions in Britain, say Eleanor and Alan Rosenbach. 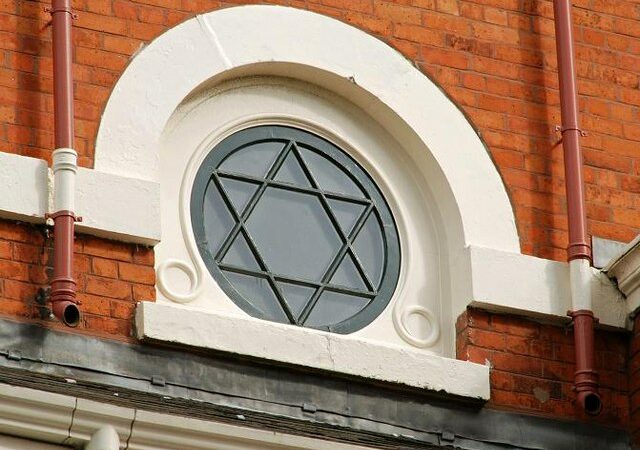 Since we voted to leave the European Union, there has been an inexorable rise in the number of anti-Semitic incidents reported to the Community Security Trust (CST), who work for the physical protection of British Jews.

Boris Johnson led the charge in 2016 for Brexit, his approach to leaving the bloc ultimately landing him the premiership of the Conservative party.

During the time of the referendum and since, we have had a Conservative party leading the country. And the data is unequivocal — under this same Conservative Party, there has been an increased incidence of anti-Semitism since 2016.

Indeed, the vile outpourings of anti-Semitism that have been recorded by the CST are intrinsically tied up with Boris Johnson’s leadership and rhetoric on Brexit. The extreme right in the UK is emboldened by the hard Brexit agenda, as CST and data pertaining to other racially motivated hate crimes attests to.

And yet in a survey carried out for the Jewish Chronicle, an overwhelming number of the Jewish Community surveyed would rather have a no deal Brexit than a government led by Jeremy Corbyn. Many British Jews are not fans of Jeremy Corbyn, to put it politely.

There can be no doubt that there is a massive problem with antisemitism in the Labour Party — it has been well documented and is of great concern, as is the slow response by the leadership to deal with a number of deeply troubling incidents. No one should be asked to ignore these issues, nor should real concerns be undermined.

But as a stream of economists, trade experts, negotiators and civil servants ceaselessly state, a no deal Brexit would be catastrophic for the UK. We will spend years negotiating trade deals and working out our place in the world order. This, coupled with the existing hollowing out of state funded services, increasing inequality and sharp spike in poverty, would provide a volatile scenario in which growing numbers of people are marginalised and state support in times of immense hardship is limited.

History shows us, time and time again, that these are the ideal conditions for hardline ideologies to take root and for anti-Semitism and other forms of racism to flourish.

As we head to the polls this week there is only one political party hell bent on delivering a no deal Brexit, and that is Boris Johnson’s Conservatives, supported in alliance with the Brexit Party. As a community of Jews, we should have no illusions about what this alliance means.

Nigel Farage says he has twice been offered a Peerage by the Conservative Party. This is the man who has cavorted with Beatrix von Storch, a leading figure of the Alternative for Deutschland (AfD) party — and the granddaughter of Hitler’s finance minister, Lutz von Krosigk. He is an unequivocal supporter or Marine Le Pen, who has of course has denied that the French state was responsible for the wartime roundup of Jews who were then sent to Nazi death camps. Johnson has also been endorsed by Tommy Robinson, a racist whose hatred for all minority communities — among them Jews — is well recognised.

And it does not stop there. Under a Johnson premiership, the UK is likely to draw closer to the United States. Indeed, Donald Trump has heaped praise on Boris Johnson describing, him as “Britain’s Trump”. But a closer relationship with Trump can provide no comfort for Jews.

Indeed, for the Jewish communities in the USA, Trump has spelt disaster. Under his Presidency, Jews have endured the deadliest attacks in all of US history. Far from decrying or acting to intervene in this situation, Trump has limited himself to praising the marching neo-Nazis in Charlottesville as “very fine people”. He surrounds himself with extremists like his former Chief of staff Steve Bannon, a renowned anti-Semite and incidentally a great fan of Boris Johnson.

Jews in the UK are right to be fearful at present. Incidents and violent attacks abound. But those considering voting Conservative would be wise to consider that the Tory party poses an existential threat for Jews in the United Kingdom.

If Boris Johnson should win the election there should be no doubt that his agenda for Brexit will leave Jewish communities facing an ever-increasing number of incidents of anti-Semitism, which will likely be increasingly ferocious in nature.

To vote for the Conservative party is a supreme act of self-sabotage for British Jews. Whilst solidarity with other minority communities alone should be enough to make voting Tory impossible, there is also the stark reality of mass economic hardship to consider, as well as the threat to public services and what that means for all UK residents.

But beyond all of this, based on the evidence from the CST about his leadership to date, if Boris Johnson’s Conservative party is elected in the UK then the UK will be a less safe place for the Jewish community.

It won’t just be an existential threat we face, it will be a real and physical one. If Johnson wins this week, then Jews really should think about packing their bags.

By Eleanor Rosenbach and Alan Rosenbach.