The British government has put trade with China over national security and human rights. 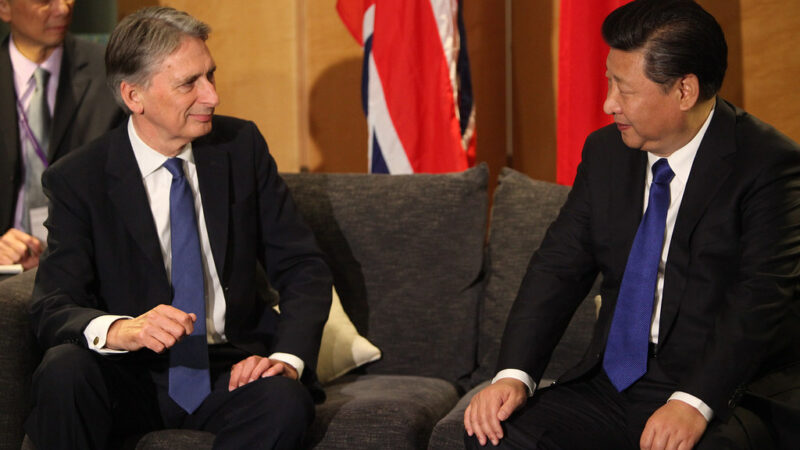 The release of the so-called ‘China Cables’ last week provided a damning corroboration to the mounting evidence of testimonies and satellite footage that China is detaining at least one million Muslim people in a vast network of ‘reeducation camps’.

Obtained by the International Consortium of Investigative Journalists (ICIJ), the documents reveal the extent to which the Chinese state is supressing its Muslim citizens’ freedom of religion and expression, the majority of which are from the Uighur Turkic ethnic group, mostly located in Xinjiang in northwest China.

China’s refutations of the claims have been quick and aggressive. The London embassy branded the leaks ‘pure fabrication and fake news’.

No longer able to deny the existence of the camps, the Party has called them ‘voluntary vocational education and training centres’, established ‘for the prevention of terrorism’.

The UK government has been all too happy to avoid concrete action on China’s growing list of human rights abuses.

Indeed, the Foreign Affairs Select Committee published a report back in April concluding that the British government has put trade with China above vital issues of national security and human rights. The report specifically implored the government to address China’s imprisonment of Uighur Muslims.

The government has long been hiding behind the turmoil of Brexit, and now the election, to avoid taking action on critical foreign policy issues – from Xinjiang to Hong Kong, to the decay of NATO.

They can’t hide forever. Next week, world leaders will descend on Watford for the NATO Leaders Meeting, forcing foreign policy to the forefront of an election campaign that has thus far been dominated by domestic issues.

The Corbyn campaign will likely be braced for a barrage of untruths from CCHQ along the lines of ‘Corbyn wants to take us out of NATO’, and will probably retaliate in kind with warnings of a Johnson-Trump sponsored sale of the NHS.

Through this cloud of confusion, voters should know that Labour’s international manifesto is the only one that offers hope of standing up to China and human rights abusers across the world.

Whilst the Conservatives have promised to pursue trade deals with countries that ‘share UK values’, and the Liberal Democrats have pledged to ‘champion the liberal, rules-based international order’, Labour is alone in promoting a complete step-change and re-evaluation of our global priorities.

In tandem with the Race and Faith manifesto, a human rights-focused foreign policy strategy would enable the government to appropriately tackle thorny international issues like China’s detention of Uighurs.

For all the warnings of what Corbyn would do to our global standing, it is likely that the international community would welcome a tougher stance on China. Canada and China have been involved in a diplomatic brawl following the December 2018 arrest of Huawei CFO Meng Wanzhou in Canada for extradition to the US. This week, Donald Trump announced a bill to stop the sales of tear gas and rubber bullets to Hong Kong.

Emmanuel Macron, in his proclamations of NATO’s ‘brain death’, would also likely be encouraged by the actions of a dynamic UK.

Indeed, Paul Mason suggests that it is Labour’s manifesto that will leave the UK best-placed to bring NATO forward, with its industrial strategy, National Investment Bank, and commitment to building ‘sovereign capability’ which will allow us to make all the military hardware we need in-house.

For too long, foreign policy has been portrayed as a trade off between values and interests. But the two are not mutually exclusive.

Without values to guide a foreign policy strategy, Britain is reduced to little more than a glorified arms dealer, turning a blind eye to the atrocities committed by authoritarian regimes around the world in the name of trade and security.

Only by putting human rights and the defence of race and faith front and centre can the UK begin to stand up not just for the rights of Uighur people, but oppressed groups the world over. And it is only a Labour government that offers us the chance to do so.

Flora Holmes is a researcher at the British Foreign Policy Group think tank.

4 Responses to “In the face of Tory inaction, Labour will stand up to China’s human rights abuses”