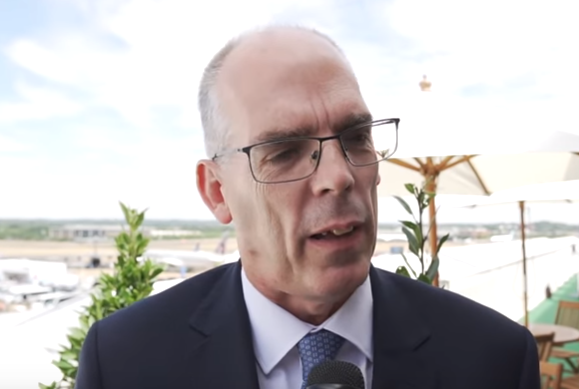 The head of a controversial arms sale promotion unit inside the UK government has been awarded an OBE in the New Years Honours.

Simon Everest is the head of the Department of International Trade’s Defence and Security Organisation (DSO) and was honoured “for services to international trade”.

Among the foreign militaries, Everest’s DIT DSO target for sales are repressive states like Bahrain, Egypt, Saudi Arabia and the United Arab Emirates.

Saudi Arabia, Bahrain and the United Arab Emirates are all part of the coalition currently bombing Yemen.

A court recently ruled that arms sales to Saudi Arabia were unlawful while the Saudis are breaching international humanitarian law in Yemen – but “inadvertant” sales have continued.

DSO also has a key role in organising London’s bi-annual arms fair which has been described as a “hub of trading in destruction”. DSO sends out invitations to foreign militaries and escorts them around the DSEI arms fair.

Campaigners from Campaign Against Arms Trade have long called for DSO to be shut down.

In a 2010 briefing, the group said: “Arms receive official assistance far in excess of other industrial sectors, and from several UK Government departments. The most obvious manifestation of this support is the arms sales unit – the Defence & Security Organisation.”

“Security is being threatened and economic opportunities missed because of the prioritisation of private international arms company interests over those of the UK public.”

“A significant first step towards correcting the imbalance would be to end the Government’s extensive arms selling activities and shut UKTI DSO [the predecessor of DIT DSO].”