A cut to much-needed international aid could be on its way, writes Natalie Bennett. 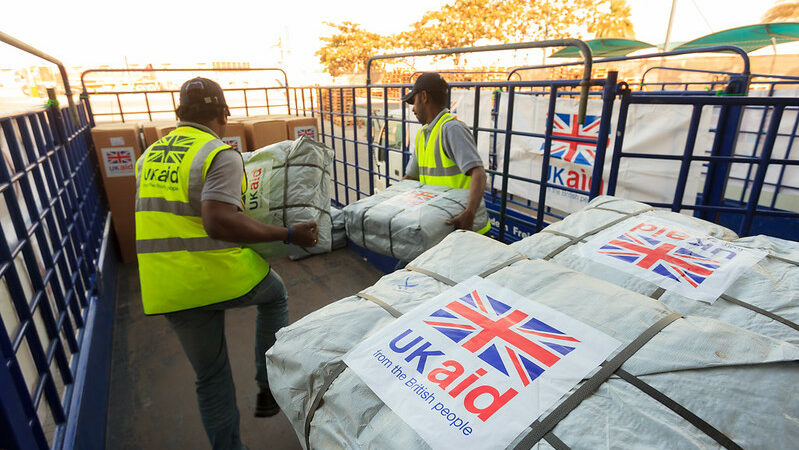 The Green Party, in its manifesto released on Tuesday, pledged to lift spending on overseas development aid to 1% of Gross National Income – to make the UK the third highest proportionate donor in the world by 2021.

Our manifesto pledges to focus on delivering the Sustainable Development Goals, on supporting local Green New Deals in the Global South, to use aid for supporting the people who need it most.

That drew a very positive reaction at the Overseas Development Institute (ODI) and Action Aid election hustings on women’s rights and international development aid on Monday. This was an audience acutely aware of the way British overseas spending has been diverted to the interests of British business.

There was a sense of relief, too, that at least the Liberal Demcrat and Labour representatives indicated their parties would be pledging to maintain the current 0.7% level of spending.

But there was concern, and worry, about an absence at the event. The Conservative Party failed to send a representative. Even the Brexit Party sent someone, and the Women’s Equality Party also made a positive contribution.

A former ODI staffer I was talking to afterwards said, with surprise: “Bit the Tories usually do ODI events”.

The only conclusion that could be drawn was that the Conservatives didn’t want to face the question, one that our chair Lucy Lamble from the Guardian, made sure everyone answered.

(The Brexit Party’s aid figure was stated as 0.5% of GDP in case you were wondering, although last night Nigel Farage told ITV that the current level would be “halved”, which makes 0.35%…)

There are, I know from talking to their House of Lords representative on the issue, at least some people in the Tory party who are passionate about maintaining international aid levels, and the 0.7% figure by David Cameron was one of the few achievements to which he might point.

Anyone with any influence in the Conservative Party and interest in the issue should, I’d suggest, be applying all the pressure they can before the party’s forthcoming manifesto announcement.

My message to the hustings, and the country, was that, as the Green Party manifesto says in supporting the lifting of aid to 1% of GNI: “There is a moral imperative to right the wrongs of the past”. Our disastrous colonial legacy – the destruction of wealth and communities – demands recompense, and we must also acknowledging the horrendous impact of military adventurism of more recent policy, particularly in Afghanistan and Iraq.

But, I added, there’s also a strong self-interest argument for increasing aid spending. Security for us – and everyone – doesn’t come from guns, and certainly not from nuclear weapons.

Security for us comes from a more secure world, one in which the climate emergency is addressed, poverty and inequality tackled, in which no one goes hungry or is left in desperate want.

But the hustings wasn’t primarily focused on spending. It was about the use of international development aid to support women’s rights – a key Sustainable Development Goal.

Sara Pantuliano, director of the ODI, in her opening remarks reflected on how women’s rights often seem to need to be fought for again and again, how in recent years in many nations seem to have gone backwards.

I remember the feminist historian Sheila Rowbotham once reflecting that in the Seventies feminists had assumed that they’d win one victory, and could then move on to the next issue with the first win secured. That was sadly not the case.

Those who celebrated, rightly, the Climate Change Act in 2008, then saw successive governments fail to act on it, know how they felt.

That’s where feminism and environmentalism come together in a crucial unity, I believe. System change – a radical transformation of our societies – is the only way to achieve our goals of equality and sustainability.

Of course I’ll back and fight for individual laws and improvements – to give just one example, Green Party Deputy Leader Amelia Womack has been speaking out on the ratification of ILO Article 190 on protection of women’s rights in the workplace, and to ensure misogyny is classified as a hate crime.

But we’ll have to fight the same battles again and again unless we change the economic, social and political systems that systemically women’s rights and the planet. You don’t solve the crises by using the approaches that created them in the first place.

We’ve seen UK Export Finance put £2 billion into fossil fuel projects, ensuring, as the Environmental Audit Committee highlighted, the “locking-in” of decades of emissions. We’ve seen aid increasingly directed to supporting British industry – something that won’t deliver for the planet, or for the women who are most threatened by the climate emergency, and who suffer from the democratic destruction brought by oil companies.

The old politics won’t do – for the UK or the world. This is the climate election – and the women’s election – and both those issues point in the same direction, to a new kind of politics that respects people and planet.

One Response to “Will the Tories cave in to the anti-aid fanatics in their manifesto?”