Labour are far closer allies to the Greens than the Lib Dems will ever be. 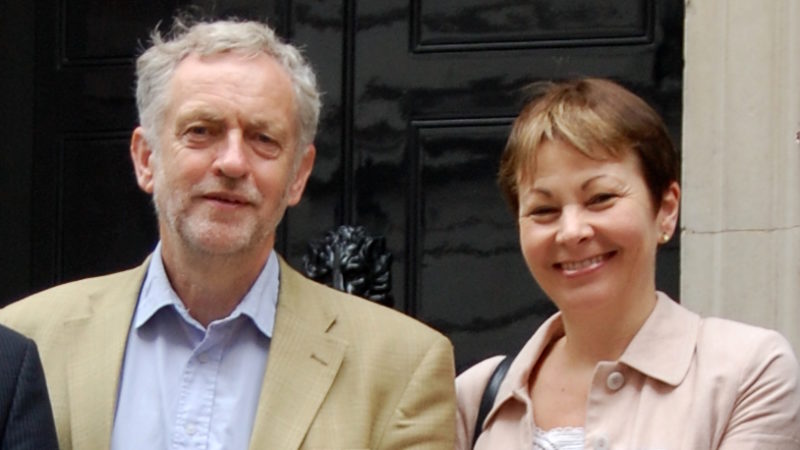 No matter what Boris Johnson, Nigel Farage or Jo Swinson want – it’s clear that this election won’t be a Brexit election.

In the first week of campaigning, polling revealed 54% of voters would be influenced at the ballot box by parties’ stances on climate breakdown.

Early announcements from parties have focused on this theme, from the Green Party of England and Wales’ pledge to spend £100bn annually on environmental measures to Labour and the Lib Dems’ home insulation plans. Climate and social ruin are taking centre stage.

This will be an election about whether we can deliver the urgent action needed to stave off devastating climate breakdown, or whether our next government lets the planet burn and the people suffer.

It will be an election which determines whether our NHS is carved up and sold off in a Tory-Trump trade deal, or whether it is protected and decades of disastrous privatisation is reversed.

And it will be an election about whether our economy benefits the mega-rich, the tax avoiders and the billionaires, or whether it is transformed to work for everyone.

For people like me, it’s a no-brainer that the best way to deliver climate justice, to deliver a publicly funded and run and NHS, and to deliver a new economy is to get a big group of Green MPs elected to parliament – either as part of a radical reforming government, or holding one to account.

But it’s also a no-brainer that our broken, antiquated democracy is the biggest barrier to getting those Greens in parliament. So it’s obvious that Greens must collaborate with other parties, and yes, that means in some places, Green voters holding their nose and voting for the “least worst” option.

But it’s also obvious that, in England, Greens lending their vote to other parties shouldn’t be lending it to the Liberal Democrats. Those whose memories stretch back just a few years will remember what the Liberal Democrats’ record in parliament and government looks like.

It looks like trebling tuition fees when they promised to scrap them. It looks like introducing punitive and disgusting benefit sanctions on the most vulnerable in society. It looks like the bedroom tax, Royal Mail privatisation and enabling fracking.

And it’s no surprise that even in opposition the Liberal Democrats abstained on ending NHS privatisation, or that Jo Swinson accepted donations from the fracking industry.

Nor is it a surprise that the Liberal Democrat climate plans currently aim for net-zero carbon emissions by 2045 – at least 15 years too late, and a death sentence for millions of people in the Global South. Nor that their vision would rely on aimlessly hoping for private companies to deliver climate justice.

So Greens lending their vote to a Liberal Democrat would be a vote for much of the Tories’ domestic agenda, wrapped in an EU flag.

The most they could possibly hope for in the election is around 50 MPs – and that would be on an astonishingly good night. That means that in almost every constituency, a vote for the Liberal Democrats is a vote for a losing candidate.

That brings us to Labour. Despite marked improvements in recent years, there are obvious shortcomings in Labour’s election platform.

Their climate proposals – even with the groundswell of pressure from the membership, pioneered by Labour for a Green New Deal – still fall short.

Their lacklustre support for freedom of movement and for migrants won’t solve the global migration crisis.

And their lack of ambition on political reform means our political system would remain broken even after the next Labour government.

But the reality is they are far closer allies to Greens than the Liberal Democrats will ever be. And crucially, in dozens of seats, they are the obvious and only alternative to the Tories.

In the vast majority of seats in England  voters who are naturally Green, should absolutely be voting Green. We need to pour all our energy into getting fantastic Greens elected to parliament – people like Vix Lowthion on the Isle of Wight, or Carla Denyer in Bristol.

But for those Green-minded voters in marginal seats the only choice is Labour. Greens like me might not like that, but the reality is that in places like Stroud, Chingford or Canterbury the way to deliver the change we want to see is to elect Labour MPs.

Let’s help, not hinder the prospects of a Corbyn government by Christmas. And let’s make sure there’s a strong group of radical, visionary, talented Green MPs to hold that government to account – and make sure that it really delivers for the many, not the few.