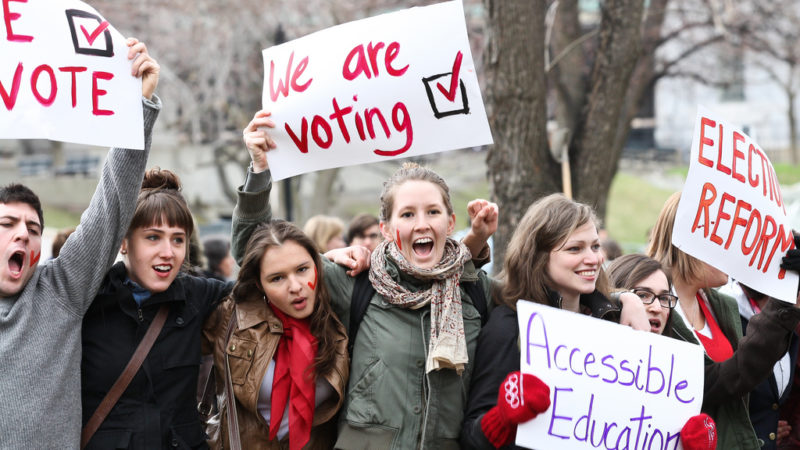 Will you vote to avoid climate catastrophe, reduce inequality, or is it more important to get the Tories out? Conflicting edicts coming from all directions means it’s harder than ever for progressives to ensure their vote counts in the next General Election.

“These candidates all share our values and have pledged to put country above party and work together on the issues that their constituents care about, such as mental health, urgent climate action and health and social care,” according to today’s missive.

Among the 34 are not only Labour’s Mary Creagh, standing in Wakefield, Plaid Cymru’s Ben Lake in Ceredigion, and new Lib Demmer Sam Gyimah for Kensington, but a Tory, Paul Masterton, who is standing in East Renfrewshire.

More United kicked off in 2016, co-founded by the late Lord Paddy Ashdown. It aims to have MPs to work cross-party no matter who is in power, all over the UK. It boasts some 150,000 supporters at the time of writing and has several campaigns running on issues from saving the NHS to disability rights, plastic pollution and immigration.

Just 100 seats will decide the general election on 12 December, according to the People’s Vote campaign.

Many see 12 December as a Brexit election and recommend all votes should prioritise the Remain campaign – typically suggesting a vote for the LibDems as a result.

Labour has long appeared ambivalent about remaining in the EU – and the impression wasn’t exactly dispelled in yesterday’s manifesto announcement.

When Jeremy Corbyn was asked by Sky journalist Beth Rigby to “give us a straight answer” on one side or the other, either for Remain or Leave, he replied by pointing to the 52%:48% referendum result in 2016.

He said: “We have spent a lot of time discussing Brexit. My strategy has been to understand why people voted Remain and people voted Leave. All over the country, people have the same interests at heart.

“So we will negotiate, within three months of taking office, a credible agreement that doesn’t tear up every trade agreement. It would be an offer to leave with a trade agreement, one that doesn’t damage all our public services … and put that alongside Remain. Our government would accept and carry out whatever the people decided.”

The Green Party’s Chris Jarvis has argued on Left Foot Forward that people concerned about the environment and climate crisis, especially in English marginal seats, should not vote LibDem after all, but Labour.

“Even in opposition the Liberal Democrats abstained on ending NHS privatisation, or that Jo Swinson accepted donations from the fracking industry,” Jarvis said.

Labour’s Andrew Adonis, in essence, agrees with him – telling the New European that a vote for the LibDems will effectively be a vote for the Tories.

“It also benefits incumbent candidates, who are virtually all Labour and Tory. They can apply the tactical squeeze seat by seat because by definition they are the most plausible winner, advantaging Labour vis-a-vis the Lib Dems and the Tories vis-a-vis Farage’s Brexit Party.”

All clear? Not really. Chuka Umunna disagrees – he says the LibDems are in “a far better position” than Labour to take seats from the Tories.

In addition, “whether you like it or not, it is ‘the Brexit election’,” Umunna says. “The issue is constantly in the background and it is raised, unprompted, more than any other issue.”

Then there are Best for Britain’s recommendations, and tool.

And it turns out that the Scottish Greens say you shouldn’t follow advice to vote Labour instead of Green in Scotland.

“The Scottish Greens are a separate political party and will be standing in SNP, Conservative, Labour and Liberal Democrat seats at this general election,” the party said in a statement this week.

“This is the most important election for the climate emergency. It is the first general election since the UN’s Intergovernmental Panel on Climate Change gave us just a decade to reverse global warming. The UK Government elected will preside over half of that period.”

Many arguments suggest that voting along party lines is the best approach. But not all, as we see with More United.

What hope do average voters, who don’t have time to follow the daily twists and turns of election politics and tease out the nuance, have when it comes to making the best decision on 12 December?

Vote tactically with a tool

Tactical voting sites may be presenting the most united front so far. Different tactical voting websites are reportedly aligned on over 97% of their recommendations for the general election, a new analysis for www.tactical.vote has suggested.

At tactical.vote, the stated focus is stopping the Tories. On their site, you can enter your postcode to find your constituency – revealing their suggestions and candidates. Methodology used is here.

For a special guide per country, try here.

Left Foot Forward will continue to aim to clarify tactical voting in the coming days and weeks.