With just weeks to the next General Election, what does Ipsos MORI say about the popularity of parties and their leaders? 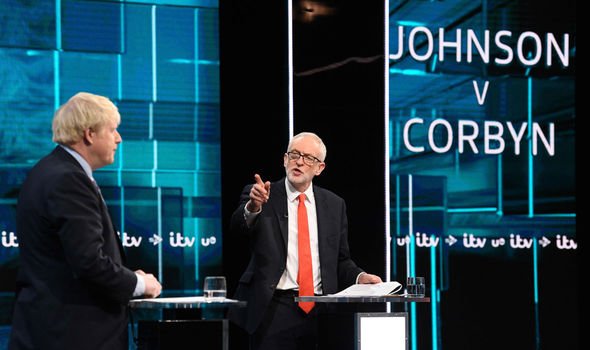 No party leader has garnered more than half of the vote in Ipsos MORI’s regular poll on who would make the “most capable” UK prime minister.

Bizarrely, incumbent Boris Johnson is still leading for 49% of respondents, though, with Jeremy Corbyn next (30%). These figures were roughly the same in a comparable survey by the same firm in September.

Only about one in four say in the poll that either the Tories or Labour keep their promises (25% vs 26%, respectively). Seven in ten (70%) say the Tories will promise anything to win votes. Sixty-eight percent say the same about Labour.

Gideon Skinner, head of politics at market research firm Ipsos MORI, said: “Labour’s troubles when it comes to public ratings of its leader are not new, although Jeremy Corbyn is starting from a lower base than in 2017.

“But what this research shows is how the image of the party as a whole has been damaged over the last two years. Labour is now seen as more divided than the Conservatives, are seen as more extreme than in 2017, and have fallen further behind on competence ratings like being fit to govern and having a good team of leaders.”

Skinner said, though, that Labour is still seen as a party of the heart rather than the head.

“The public thinks they are more compassionate, and are still the most liked party, although even this has dropped over the last year. The question is whether they can overcome the public’s wider doubts during the rest of the campaign,” he said.

“The Conservatives are not very liked beyond their own support, are also seen as divided, and there is scepticism they will keep their promises, though they are mostly either showing little change or showing small improvements compared with under Theresa May.”

Roughly half of respondents agree the main parties understand the problems facing Britain (46% vs 47%, respectively) or look after the interests of people like them (36% vs 39%). Labour though has its strongest lead over the Conservatives as being concerned about people in real need in Britain (59% vs 34%).

Labour though has its strongest lead over the Conservatives as being concerned about people in real need in Britain (59% vs 34%).

Three-quarters (75%) agree that Labour is divided; 51% that it is “out of date”. Sixty-two percent and 44%, respectively, say the same about the Tories.

The Liberal Democrats have the lowest scores on keeping their promises (18%), but are also seen as less divided (28%) or extreme (23%) than the other parties.

The results are based on a representative, weighted sample of 1,228 adults aged 18+ across Great Britain. Interviews were conducted by phone from 15 to 19 November 2019.