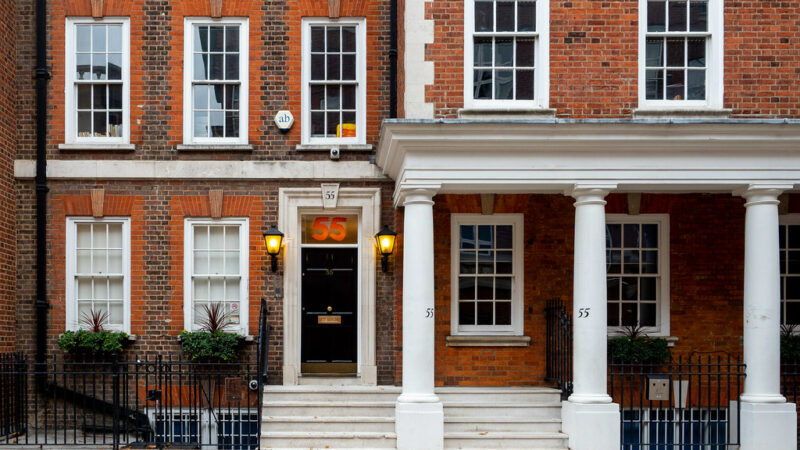 This 2019 UK general election is going to be dirtiest ever. The right-wing press and organisations are using all kind of untruths to change the debate.

So it’s worth looking at some of the claims of the Taxpayer’s Alliance (TPA), a group well-known for promoting right-wing policies.

It claims that the Labour Party’s policy to increase the rate of corporation tax would directly lead to “lower wages” for workers and an increase in “shop prices”.

The TPA has a chequered history of smears, dubious funding and one of the lowest ratings for transparency for think tanks – but that has not stopped the Daily Express from amplifying its claims. Let’s have a look at a few of them.

The TPA seems to imply a link between wages and the rate of corporation tax, without evidence. If its logic holds then the era of cuts in corporate taxes should have been accompanied by huge rise in wages.

In 2008, the UK had a headline corporation tax rate of 28%, now declined to 19%. This has not been accompanied by rise in wages. One study estimated that in 2018 some parts of the country, the wages were one-third less than in 2008. In money terms some workers, especially in London and the South East, collected higher wage but that is not the story elsewhere.

Another study reported that average wages for British workers, when adjusted for inflation; fell by more than 5 per cent between 2007 and 2015. In this period the UK workers suffered the biggest drop in average real wages of any OECD country except Greece. Cuts in corporation tax have not resulted in higher real wages.

Wages are a function of the power of labour rather than rates of corporation tax. In the 1970s, UK had high trade union membership and in 1976 workers’ share of gross domestic product (GDP) in the form of salaries and wages was 65.1% even though the rate of corporation tax was 52%.

The anti-trade union laws introduced in the Thatcher years weakened trade unions, their membership declined and we saw workers’ bargaining power systematically undermined. At the end of 2018, workers’ share of GDP stood at 49.2% whilst the rate of corporation tax declined to 19%.

Rather than higher wages, the era of low corporate taxes has accelerated worker exploitation as evidenced by the rise of zero hour contracts, a shift towards low-aid jobs, involuntary part-time work, end of many final salary pension schemes and expansion of foodbanks. Some four million British workers are living in poverty.

The cash bonanza unleashed by corporate tax cuts has been used to maintain dividends rather than making higher investment in productive assets and research & development.

The return to society – tax – is used to provide social infrastructure which enables corporations to make profits. Apparently corporations should pay little or nothing towards that.

In its scaremongering frenzy, the TPA seems to assume that there is no effective competition in the market place and that the demand for goods and services is inelastic: that there are no substitute goods and services, that consumers will somehow insist on buying the same items at higher prices, and that companies will always increase prices to cover higher taxes. The TPA does not explain why an increase in corporate taxes will lead to price rises.

Again, we have a living laboratory to draw upon. Starbucks and Caffe Nero, as well companies in diverse fields such as water, energy and property have been associated with tax avoidance. Yet there is no evidence to show that this has resulted in lower prices at these companies.

This election will will see a campaign of fear directed at Labour’s economic plans. Right-wing ideologues promote the view that if we increase the rate of corporation tax, employees and consumers will be punished.

This ideological war poses serious questions about the role of the state and society. If the state is to become a prisoner of corporations and not have a degree of autonomy, it can hardly meet citizens’ aspirations about education, healthcare, pensions, security, rights and other things that hold a society together.

There is no magical rate of corporation tax, and the rates across Europe vary. The rate depends on social settlements, welfare rights and public goods that address a particular society’s concerns.

In advocating lower corporation tax, the TPA does not explain how the pressing social issues of our time are to be addressed.

Are ordinary people expected to pay more for a crumbling social infrastructure, or is it finally time to stop corporations trying to opt out of their social obligations?

7 Responses to “Don’t fall for the fear campaign: The so-called Taxpayers’ Alliance are wrong on corporation tax”