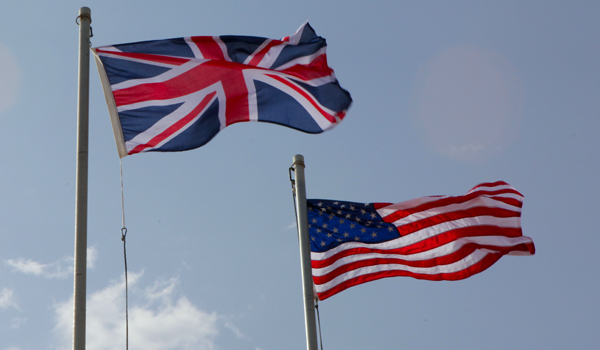 As Vice President Mike Pence meets Boris Johnson today, both parties have made it clear that a key priority will be a post-Brexit trade deal between the UK the US.

While a US trade deal has questionable economic benefits to the UK (particularly when compared to staying in the EU), the political motivations are clear: a deal with the US would be a middle-finger to Brussels, a way of ‘Global Britain’ saying that we no longer need our European partners.

For ordinary individuals and civil society, there is much to fear from a US trade deal.

The deal is a threat to the NHS and public services

This is probably the most controversial and politicised aspect of a UK-US trade deal. The Conservatives’ Health and Social Care Act means that NHS contracts are already open to private tendering, but trade deals have the capacity to ‘lock in’ privatisation through ‘standstill’ and ‘ratchet’ clauses. These clauses make it very difficult for governments – such as a future Labour administration – to reverse privatisation measures without being challenged by other parties to the trade agreement.

Furthermore, the US will undoubtedly push for access to valuable patient data, a “treasure trove of data for developers of next-generation medical devices”for its big tech firms. New e-commerce rules in trade deals could prevent the government from insisting that this data is held in the UK, and there are concerns that this could compromise data privacy.

Donald Trump has already voiced his irritation towards the impact of NHS purchasing on drug prices, which he believes harms US pharmaceutical firms. This could see medicine prices rising for patients and the British taxpayer. While Boris has said that the NHS is not on the table, the nature of trade agreements mean that the privatisation of the NHS and impact on ordinary patients is very real.

A US deal would impact on food standards and agriculture

Britain has high standards on food and animal health and welfare, partly thanks to EU membership. The US, on the other hand, has a completely different approach to standards and regulations. While the EU adopts the ‘precautionary principle’ to rule out hazardous goods and practices, the US tends to have a more business-first approach. This has led to a number of policy differences in the US, including:

Lower standards are unpopular with the British public:An IPPR survey found that 82% of people favour retaining high food standards to having a trade deal with the US. Nonetheless, the US has prioritised access to the UK food market in its negotiating objectives. This will be a big priority for large US agri-food businesses, and a real threat if the UK is desperate to secure a deal after Brexit.

Investor-State Dispute Settlement (ISDS) clauses in a US trade deal would allow US investors to sue the UK for any measures which they consider to have harmed their profits. These expensive cases take place in secretive arbitration courts. ISDS is especially concerning because it has often been used to challenge environmental policy. For example, German authorities amended laws on pollution following a challenge by Swedish energy firm Vattenfall; US chemicals firm Dow sued Canada over a ban on the pesticide 2,4-D; and many challenges have been brought by Western mining firms against developing countries.

Furthermore, there is a fear that regulation is ‘chilled’ even when ISDS claims are not brought. The threat of a potential claim encourages governments to think twice before introducing important policies, since they face a potential bill if successfully challenged. The UK has committed to achieve net-zero carbon emissions by 2050. It is very difficult to see how that is consistent with ISDS in a UK-US trade deal.

MPs get no guaranteed say on a US trade deal

Despite the wide range of policy areas which could be affected by a US trade deals, the UK still uses an archaic convention dating back to the 1930s which limits the role of Parliament in scrutinising trade agreements. This means MPs don’t get a guaranteed vote, there are no updates during negotiations and they do not get to see the content of trade deals until they are already signed. Parliamentary committees have recently got very angry about this, but the government has refused to budge. In the same way that MPs had to fight hard for a meaningful say on the Brexit Withdrawal Agreement, MPs will need to prioritise trade deal scrutiny after Brexit. Otherwise, the concerns of civil society and the wider public will not be democratically represented, and it will be very difficult to stop Boris forcing through a US deal without scrutiny.

David Lawrence is Senior Political Adviser at the Trade Justice Movement, working on Brexit and a future US trade deal. The Trade Justice Movement is a coalition of sixty civil society organisations calling for trade rules that work for people and planet. He can be heard discussing this further on the latest episode of the Remain and Reform Podcast.