Students and staff need to take back control of higher education, writes a senior lecturer. 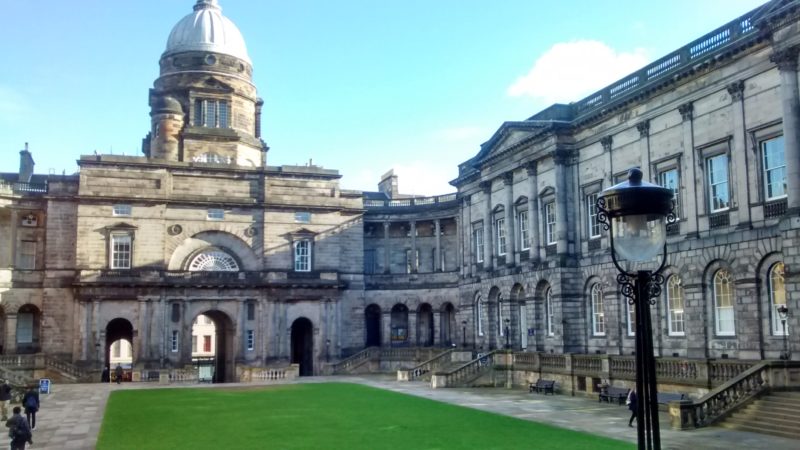 The very idea of a public university in the UK is being destroyed.

In 2014, then-Universities Minister David Willetts said he believed ‘education is a great British export industry’. Subsequent Conservative Ministers have eroded the idea of university as a public good.

In 2016, Jo Johnson MP defended high tuition fees, arguing “it is unfair on people who do not go to university to pay for the educations of those who [do]” – demoting universities from public service to a mere product. In the same debate he backed the government’s scrapping of maintenance grants. Johnson is Universities Minister.

Education is not a commodity for sale. But policy directions by Tory and Blairite governments have changed the very foundation of universities as places of learning about skills of life, understanding the world and developing new ideas for a better future.

We see this in research, where the value of research-led teaching and learning has been downgraded in terms of government support and funding. The myopic and transient immediate alternative is to look at fee paying students and low paid staff members as cash cows. The unholy nexus between business and higher education sector has created this toxic environment for students and staff.

Universities have become an oligarchy of cronies, with half of the Vice Chancellors in British universities paid over £300,000. That means sixty-seven VCs take around forty million and two hundred thousand pounds (£40,200,000) as salary only. If we add their other benefits, it comes to a staggering amount.

And yet – some of the universities are debt ridden and in the verge of bankruptcy. University leaderships turn to look at profit and education as a business. The social goal of education, widening participation within higher education and critical thinking is a meaningless excercise to current VCs.

The higher education business model followed by British universities and its VCs are immoral and not sustainable. The student fees are rising constantly to £9,250 per year at many institutions.In turn we see a class-based educational system where if you can pay then you an access higher education. Pressures and costs lead to significant drop out rates and alienation among students.

Work until you drop

Over-worked and underpaid is the condition of HE staff today. Alienation and mental health crises are taking a toll on staff members.

We have a mafia gang running higher education: they distribute the robbed money among mafia hierarchy. The principles of marketisation are against the interests of the students, staff and society. It destroys the very foundation of higher education and meaning of universities.

British universities look as if there is freedom to read, write and express, all staff and students deemed equal as per law. But in reality, they are business oligarchies where all decisions are made by few people at the top.

Most VCs and managers in British universities never taught, never published, under qualified but frame policies of quality education. Many of them get professorial titles without any contribution to teaching, learning and research (there are of course a few exceptions).

Students and staff members are just numbers in the balance sheet of metrics driven educational system. The REF, TEF and Student Satisfaction surveys lacks any academic logic but rank hungry university leaderships make it as if it is an annual academic Olympics.

Such a trend has not only diminished the primacy of research, teaching and learning but also destroyed the very idea of university as a place to discover one’s own self both in terms of ideas and skills. The system is designed in such a way that limits the creativities of staff members and students. There is huge alienation among students and staffs. Women and BME staff and students are often the worst victims of such a system.

Let the students and staff members run the universities as autonomous communities. The first step towards democratising the university is to elect vice chancellors in regular intervals from the academic communities.

The unelected oligarchy of vice chancellors and managers must end for the sake and survival of British universities. We do not need CEO vice chancellors – we need academic leaders and real professors who are committed and give primacy to research, teaching and learning.

It is time to reform and democratise British universities – or the values of education will perish.

3 Responses to “Public over profit: Why it’s time we elected university Vice Chancellors”