Despite previous police violence in 2014, the UK continued to license tear gas exports to Hong Kong. 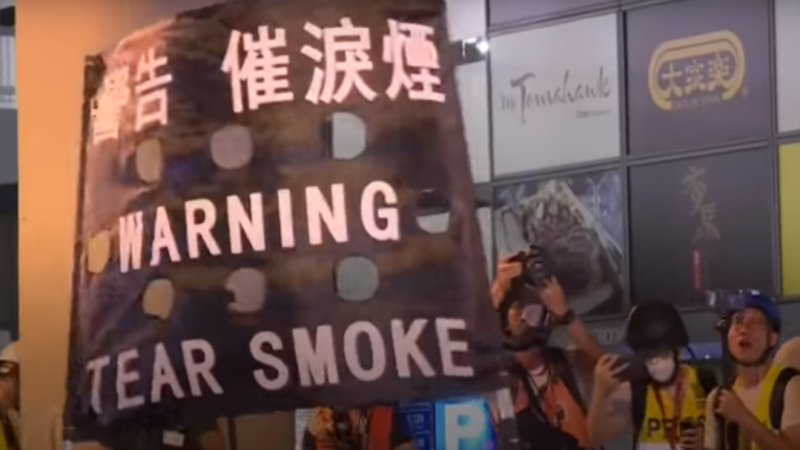 As Theresa May declared soldiarity with protestors in Hong Kong today, campaigners have criticised her government for selling the Hong Kong police tear gas.

May said today that she was “shocked…to see the scenes from Hong Kong on Monday and the use of violence at the legislative council”.

Hundreds of thousands of people in Hong Kong have been protesting against a new law which would allow people to be extradited from Hong Kong to China.

The protests have been met with violence from the police who used tear gas made by a UK company called Chemring and exported with the approval of the UK government.

As late as December 2018, the UK government was approving arms export licenses to Hong Kong.

Andrew Smith, a spokesperson for Campaign Against Arms Trade said:

“Theresa May might say that she supports the people of Hong Kong, but her government has allowed the sale of tear gas and crowd control equipment that has been used against them.”

“It wasn’t even the first time. In 2014 the Hong Kong authorities used UK-made weapons against campaigners. The attacks were widely condemned, but as soon as they were out of the news the arms sales continued. May and her successors need to take action to ensure that this doesn’t happen again.”

The UK government’s approval of arms sales to Saudi Arabia has also recently been ruled unlawful.

Unlike with Hong Kong, the government has refused to suspend existing arms export licenses to Saudi Arabia.

Saudi Arabia is a much more important customer for the UK arms industry than Hong Kong.