1,700 workers in Bridgend will lose their jobs next year. 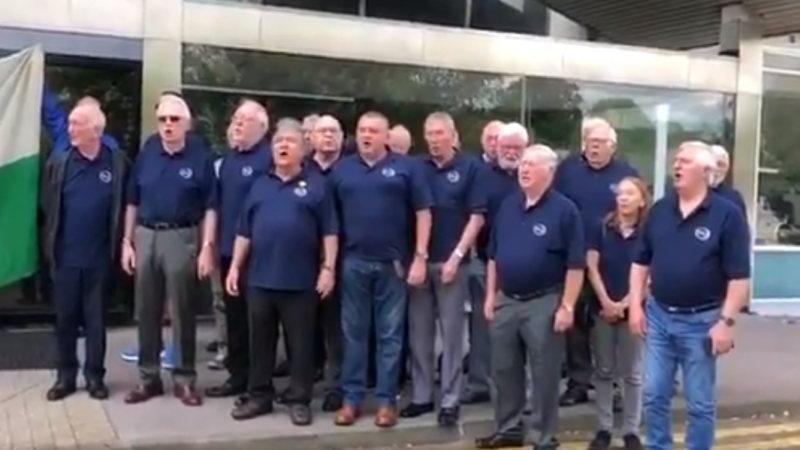 A secretively-funded think tank has said there is “too much focus” on how the government can help 1,700 Ford workers who will lose their jobs next year.

“[IEA director] Kate [Andrews] argued that there is too much focus on how the government could help the workers set to lose their jobs in Bridgland (sic), and that this is an opportunity to look at how to incentive business, possibly through devolution of tax power, to move to areas like south Wales and invest in the area.”

Ford recently announced they are closing their plant in Bridgend, south Wales, in 2020. The decision has been partly blamed on Brexit by former Welsh first minister Carwyn Jones and the GMB union.

Responding to the IEA’s comments, Mike Payne, the GMB’s senior organiser in Wales and the South West of England said:

“It’s no surprise that this right wing Tory ‘think tank’ continues to argue that an unregulated free market is an altar on which our members jobs are sacrificed.”

“The type of free market fundamentalism is a long discredited ideology and shows how out of touch with the vast majority of the population they really are. As per usual they utterly fail to understand the people they seek to represent.”

“We will do all we possibly can to protect our members jobs at Bridgend and call for new investment in our Manufacturing Sector.”

The IEA, which has been investigated by the Charity Commission for its pro-Brexit stance, denied Ford’s decision was related to Brexit.

While Ford has also claimed it would have closed the Bridgend plant without Brexit, a spokesperson added: “We have consistently stated that a no deal, hard Brexit would be catastrophic for our operations and for much of the auto industry in the UK”.

Former Welsh first minister Carwyn Jones said while the company publicly denied the decision was related, it had privately told the Welsh Government the prospect of leaving the EU without a deal was a factor.

According to the BBC, Ford exports the engines it manufactures in Bridgend to mainland Europe for assembly into finished cars. These finished cars are then re-exported back to the UK for sale.

So if Brexit results in tariffs between the UK and EU, car manufacturers like Ford will be badly affected.

Since the Brexit referendum, several car companies have moved, or considered moving, their production out of the UK.

Jaguar Land Rover has moved its Discovery production line from Solihull to Slovakia, Nissan has moved its X-trail SUV production from Sunderland to Japan and Honda has said it will shut its plant in Swindon.

“Ford made it clear in 2016 they could leave the UK & Europe if a hard Brexit went ahead as they would then expect to lose US$1bn.”

“Last year, in a meeting at Ford in Bridgend the then minister Richard Harrington was told the company had lost US$600m and single market and customs union were red lines for the company. An argument they also made in a business call to number 10 which has leaked to the media.”

“Kate Andrew’s may think it’s a coincidence that the company has pulled the plug at a time when the crazy race to out hard Brexit each other takes place between the Conservative party leader wannabes.”

“People in Bridgend may not be asked to appear on News night but they can smell rotting fish.”

“The company are saying [Brexit] is not a factor at all. I’m sorry but I don’t believe that.

“Within the last two years, we’ve had conversations with Bridgend Ford about the potential impact upon their goods because of tariffs and a potential no-deal Brexit.”

“It might not be the only consideration but we definitely believe it’s a contributing factor.”