Labour are stepping up their climate policies. 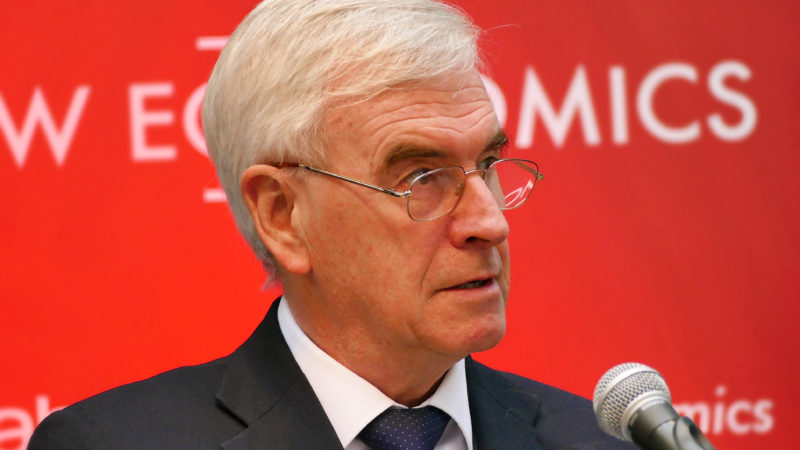 In a speech on Tuesday, John McDonnell revealed Labour’s plans for sustainable investment, saying his party views the absolute priority of the next Labour government to be “overcoming this existential threat to our planet.”

He pledged an investment programme that would be transformational, backing major renewable investment delivered through a publicly-owned national grid network and public banks, leading to “well-paid jobs on union rates – 400,000 jobs, in every part of the country.”

But the fresh focus was on the Bank of England’s ‘toolkit’ of powers, with the Shadow Chancellor launching a review to “ensure bank lending flows not into housing and land speculation but productive investment.”

The review will cover commercial banks, investment banks, pension funds, hedge funds, private equity, asset managers, derivatives and securities traders and exchanges, and ‘any other aspect of the finance sector of relevance’.

“Labour is responding to grassroots pressure with bold and ambitious new climate policies. Labour for a Green New Deal activists are passing motions across the country calling for democratic control of finance and an internationalist just transition, and we’re delighted that today John McDonnell has announced plans for a ‘new banking ecosystem’ and for British green technology to be made available free or cheap to the Global South.

“The free market has utterly failed to tackle the climate crisis, instead taking us to the brink of planetary breakdown. Our response must be to replace the profit motive with the social and environmental motive. A Labour government can and must use every lever available to democratise finance and fund a transformative Green New Deal. Today marks the first steps towards this just and sustainable future.”

“With the shadow chancellor’s comments coming the week after the future of finance report called for the Bank of England to rethink its priorities, it appears a new settlement for our financial system is in the making.

“Though the Bank rightly recognises the existential threat climate breakdown poses to financial and economic stability, it has shied away from taking the necessary action, frequently citing the constraints of its mandate and toolkit.

“As regulator of our financial system, the central bank has the ability to shape markets, penalising lending towards destructive carbon bubbles and incentivising productive green investment through policies such as credit guidance. But it is incumbent on the government to empower it to do so.”

Labour have pledged to legislate so that any company listed in London is required to contribute to tackling the climate change crisis – “and if it fails it should be delisted.” The Shadow Chancellor also wants to ensure that the technologies developed in the UK’s ‘Green Industrial Revolution’ are made available free or cheap to the global south.

McDonnell has asked Labour’s new finance sector review group to provide its final report by October 2019. Ann Pettifor said she was ‘chuffed’ to be part of the group.