The majority of new applications to vote on deadline day were from people under the age of 35. 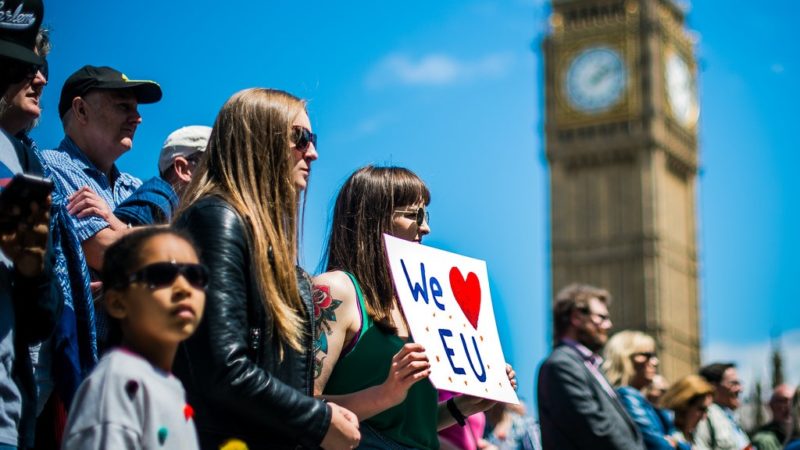 The government’s voter registration tool saw a huge spike in applications on EU election deadline day on Tuesday – with the majority of applications coming from young people.

130,000 voter registration applications were submitted according to Cabinet Office data. Around 56% were from people under the age of 35.

The surge is significant as around a third of young people are estimated to not be on the electoral register.

On Tuesday campaigners including Plaid Cymru condemned the government’s decision to only confirm that the EU elections would be going ahead on the last day registration was open.

Jill Evans MEP called it a ‘deeply cynical move’. She added: “[This] well leave thousands of people disenfranchised because they didn’t know there was an election happening.”

LFF analysis of Twitter output shows the Conservative party failed to mention voter registration once in the month leading up to the EU registration deadline.

In fact, out of the Brexit Pary, UKIP, Leave Means Leave, Leave.EU and Tory official Twitter accounts in the month up to 7th May, only Leave.EU mentioned registering to vote (three times).

That compares to what appears to be a sustained registration effort from the Lib Dems, Greens, Labour and the People’s Vote campaign in the run up to the deadline.

But Vote for Your Future point to their partnerships with Bumble and Grindr, two of the largest social networking apps in the UK as having a ‘major impact’ on registration numbers.

Amanda Chetwynd-Cowieson, a supporter of Vote For Your Future, said:

“Vote For Your Future have always been clear – no matter how you vote, it’s vital that young people take part in this year’s European Elections.

“With our innovative partnerships with Bumble and Grindr, as well as 100 schools, colleges and universities – young voters can swing these elections. But every election is determined by those who show up, and Vote For Your Future intend to ensure that young people of all politics make their voices heard.”

Remainer parties have seen a membership boost since the local elections. On Wednesday the Lib Dems announced that over 2,000 people have joined in the days following the locals, while the Greens say they’ve added 1,500 members – a significant boost as a proportion of their membership. LFF has asked Change UK for figures.