The terror threat from the far-right is on the rise 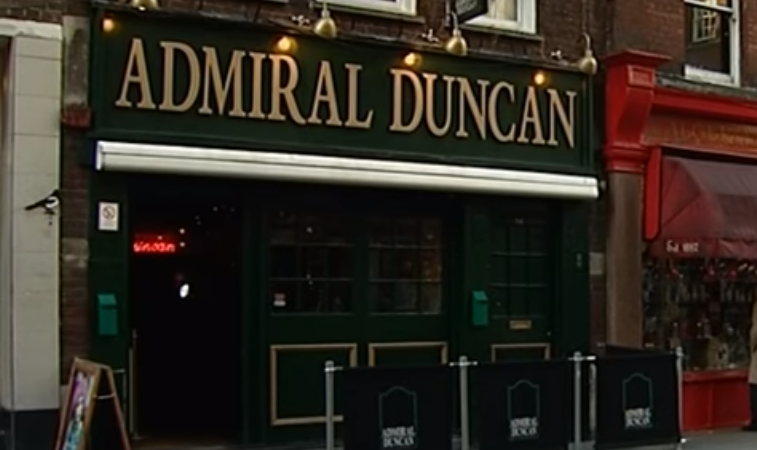 On the 30th April 1999 London was hit by a devastating act of terrorism aimed at the LGBTQ+ community.

It killed three people and left seventy-nine others wounded. Many of the injuries suffered were life changing.

The bombing of the Admiral Duncan pub followed two other terror attacks in Brixton and Brick Lane which took place earlier in the month.

Yesterday an act of remembrance took place at St Anne’s Gardens in Soho to remember the victims, to stand in solidarity with those who continue to be affected by these attacks and to educate future generations.

All three attacks that month were inspired by a warped far-right ideology which was fuelled by homophobia and racism.

They were the work of a neo-Nazi terrorist, whose aim was to spread hatred and divide Londoners. He failed.

London is one of the most diverse and open cities in the world. It is a city where we not only tolerate and accept our differences but respect and celebrate them.

These values are amongst our greatest strengths. But we should not take that diversity and openness for granted.

Following the rise in reported hate crime around the time of the EU referendum, hate crime offences have remained at a higher level.

This has been driven largely by an upsurge in religious, and in particular Islamophobic offences in the aftermath of the July 2017 terrorist attacks. Homophobic hate crime is rising too, with a 13% increase in 2018/19.

There has also been a rise in right wing extremism. In 2016, National Action became the first far right organisation in Britain to be proscribed since the second world war.

Channel is part of the Prevent anti-terrorism strategy. Of the 394 individuals who received Channel support throughout England and Wales in 2017/18, 174 (44%) were referred for concerns related to right wing extremism – a rise of 36% in comparison with the previous year.

Four terror attacks in the last six years have been carried out across England and Wales by far-right wing extremists.

In 2016, Labour MP Jo Cox was murdered in her West Yorkshire constituency, while in 2017 Makram Ali was murdered outside Finsbury Park Mosque.

Last month, the Commissioner of the Metropolitan Police Service, Cressida Dick, warned that a number of other far-right terror attacks have been prevented by the police and MI5 in recent years.

One such plot by National Action to murder Labour MP, Rosie Cooper, was foiled thanks to the incredible undercover and intelligence work of HOPE not hate.

As the Christchurch, Utøya and San Diego attacks have shown, the threat we face is global.

London’s Mayor Sadiq Khan has also made tackling hate crime a key part of his Police and Crime Plan and has established an online hate crime hub to counter hateful content posted on the internet.

Coupled with a Countering Violent Extremism programme – designed to improve and renew efforts to combat violent extremism from across the ideological spectrum – we can see that City Hall is playing its part and taking a genuinely holistic approach to tackling hate and helping truly make London a place for everyone.

We owe it to the victims and their families to continue this work. This starts with educating young people about different people, values, lifestyles and cultures. It means taking a zero-tolerance approach to hate wherever we encounter it. And it means fighting homophobia, fascism, racism and prejudice with everything we have.

Tom Copley is a Labour member of the London Assembly

11 Responses to “Twenty years after the Admiral Duncan bombing, the threat from the far-right is greater than ever”