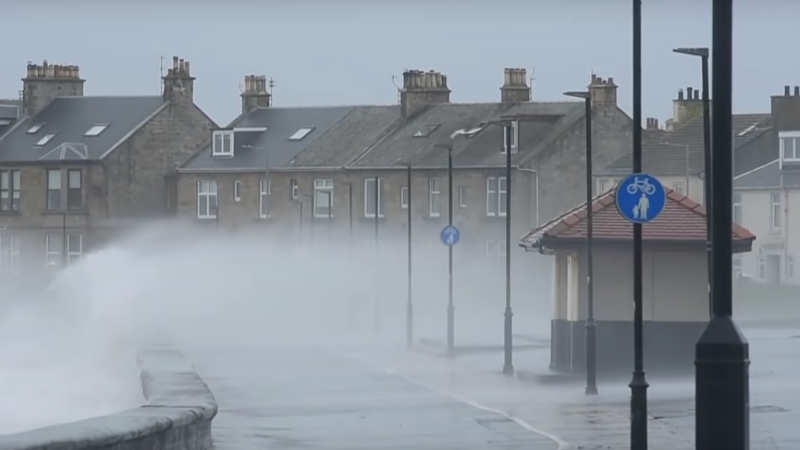 To monitor whether governments are doing this, the Act created the Committee on Climate Change which issues regular reports on how the government is doing.

Here’s ten key points from the latest of these reports.

1.As one of the biggest polluters, the UK has a moral duty to lead the fight against climate change

As the report points out, the UK has historically been one of the greatest polluters of the atmosphere.

We’ve now been overtaken in emissions by countries with more people, like the US and China, but we need to make amends for our history by leading the fight against it now.

Not just because of less climate-related floods, storms and heatwaves – but because of “cleaner air, healthier diets, improved health and new economic opportunities from clean growth”.

There will also be savings for the NHS if we travel more actively (not in cars) and eat less meat and dairy.

3. We need to stop polluting the atmosphere by 2050 – but is that fast enough?

The committe said that we need to reach ‘net zero’, the point when we stop emitting greenhouse gases and contributing to climate change, by 2050.

This goal is more ambitious than the current policy, which is only to reduce emissions by 80% of 1990 levels by 2050.

However it is less ambitous that Extinction Rebellion’s demand to reach net zero by 2025. Other NGOs and MPs have suggested 2045.

Labour’s current policy matches the committee’s – net zero by 2050. However, Labour Campaign for a Green New Deal are trying to push the party to pledge to reach net zero by 2030.

The committee said that reaching net zero earlier than 2050 was “not credible”.

The committee said: “If replicated across the world, and coupled with ambitious near-term reductions in emissions,” reaching this target would “deliver a greater than 50% chance of limiting the temperature increase to 1.5°C”.

So if everything goes according to the committee’s plan, we might limit warming to 1.5 degrees celsius.

In this best-case scenario, there would still be much more heatwaves, rising ocean acidity, more frequent and more severe rain and rising sea levels.

Just to pick a few terrifying consequences of this temperature rise:

This is the committee’s best-case scenario – 1.5 degrees of warming.

The world is currently on track for three degrees of warming.

4. We need to do much more to reach this target

The committee’s target is “not credible unless policy is ramped up significantly…delivery must progress with far greater urgency. Many current plans are insufficiently ambitious; others are proceeding too slowly, even for the current 80% target.”

5. Scotland can reach this target faster, Wales can reach it slower

As Scotland has greater potential for emissions removal, it should reach the target five years earlier – by 2045.

Wales has less potential for emissions removal, partly because of its larger agricultural emissions. Therefore the committee says it only needs to reduce emissions by 95% by 2050 rather than 100%.

6. The government is not doing enough to phase out petrol and diesel cars

The report said: “Many current plans are insufficiently ambitious; others are proceeding too slowly, even for the current 80% target. 2040 is too late for the phase-out of petrol and diesel cars and vans, and current plans for delivering this are too vague.”

By 2035, at the latest, all new cars and vans should be electric. The government should increase the number of charging points for these vehicles.

7. We need to decarbonise the way we heat our buildings

According to the report: “There is still no serious plan for decarbonising UK heating systems and no large-scale trials have begun for either heat pumps or hydrogen.”

The report says the government’s planned 2020 Heat Roadmap must establish a fully-funded new approach which will fully decarbonise buildings by 2050.

As ordinary consumers, we can insulate our homes and “consider switching to a low-carbon heating system such as a heat pump, especially if you
live off the gas grid; if you are on the gas grid consider a hybrid system”.

8. We are not planting enough forests

Trees take carbon dioxide out of the atmosphere, so planting forests can help combat climate change.

We’re planting just 10,000 hectares of forest a year. A hectares is about the size of a rugby pitch.

“The voluntary approach that has been pursued so far for agriculture is not delivering reductions in emissions,” the report said, adding that we need to turn farmland into forest.

9. We need a cross-government approach to tackling climate change

10. We must tackle climate change without hurting ordinary people

Any plan to decarbonise the economy in a socially unjust way risks a backlash and is unfair. The report said:

“The transition, including for workers and energy bill payers, must be fair, and perceived to be fair. Government should develop the necessary frameworks to ensure this.”